Five of the Most Puzzling Jewelry Heists

Committing the perfect heist is a challenging task, and to pull off a smooth score, it requires lots of patience, hard work and guts. Solved or unsolved, a puzzling heist is always intriguing, as it brings out our amateur detective. We’re all trying to find that one piece of evidence which will prove how it was done.

Here are five of the most puzzling jewelry heists from around the world, and authorities have yet to find out how these thieves pulled them off. 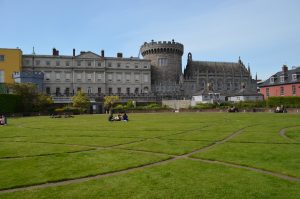 Also, known as the State Jewels of Ireland, the Irish Crown Jewels belong to the Highest Order of Saint Patrick. They include the heavily jeweled star and badge regalia of the Sovereign and Grand Master of the Order of St. Patrick. In 1907, they were stolen from Dublin Castle, along with the collars of five knights of the Order. The theft has never been solved and remain Ireland’s greatest mystery. The value of the jewels today would be around USD $20 million.

The Heist of the Century: Antwerp Diamonds 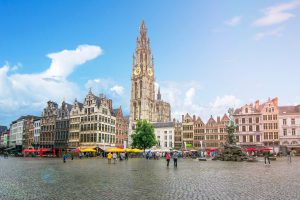 Famously known as the “Heist of the Century,” the Antwerp diamond heist was one of the biggest thefts at this point in time. It took place between February 15th to 16th, 2013. The underground vault where the diamonds were stored was secured by 10 layers of security, including a lock with 100 million possible combinations, infrared heat detectors, a seismic sensor, doppler radar, and a magnetic field! And still, the thieves managed to steal diamonds, gold, and other jewelry worth more than USD $100 million.

The mastermind of the robbery, Leonardo Notarbartolo, was later arrested by police. He was found via DNA evidence gathered from a partially eaten sandwich found near the crime scene. He was sentenced to 10 years of imprisonment. However, the diamonds are yet to be recovered.

The Mystery of the Tucker Cross 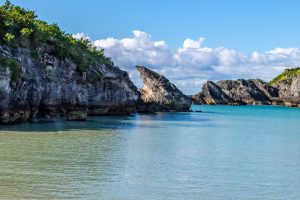 The Tucker Cross was the name given to the emerald-studded 22-carat gold cross discovered by the late diver Teddy Tucker in 1955. He found the cross amid the wreckage of a Spanish galleon known as the “San Pedro,” originally lost off the Bermuda coast in 1594.

Teddy Tucker sold the cross to the Government of Bermuda in 1959. It was initially kept at the Bermuda Aquarium Museum and Zoo, before being transferred to the Bermuda Maritime Museum.

In 1975, just before the visit of Queen Elizabeth, it was found that the cross had been stolen and replaced with a replica! Despite a long investigation by Bermuda Police, FBI, Scotland Yard and Interpol, the original Tucker cross has never been recovered. 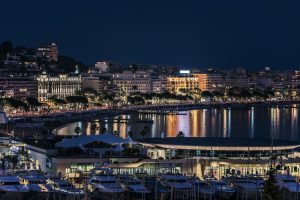 In 2013, a thief with a gun and a grenade pulled off second biggest jewel robbery France had ever seen. Without violence, he walked out of the Carlton Hotel in Cannes with a suitcase full of diamonds worth an estimated €40m (£34.5m). The jewels were there for display by Lev Avnerovich Leviev, the Israeli billionaire. The robbery took place in broad daylight and the robber took advantage of the crowd, who were gathered to bask in the brilliance of these jewels.

10 days After the diamond heist, a $1.3 million (€1 million) reward was announced for the first person who would provide information about the stolen items. However, even today, both reward and diamonds remain unclaimed. 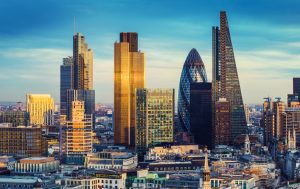 In 2009, two persons entered the Graff Diamond showroom in London and took away precious diamond jewels worth nearly £40 million (USD $65 million), making this heist the second biggest British robbery. The robber wore an elaborate makeup disguise, entering the showroom while posing as a regular customer, and stole 43 items of jewelry; including rings, bracelets, necklaces and watches. They used two handguns to threaten the staff, before running out with the loot.

On August 20th 2009, two men were arrested in connection with the robbery and were sentenced to jail for 23 and 21 years respectively. However, even after a thorough search, the stolen jewelry is yet to be recovered to this day!

What is your favorite unsolved gem or jewelry mystery? Let us know in the comments!

Next post These Aren't Your Mother's Pearls: What is Boba Tea?

Previous post HOW TO HOST THE PERFECT GALENTINE’S DATE

Shop LC One for One Program: Delivering Joy through Daily Meals

Health Tips for Going Outside and Returning to Work