All You Need to Know About Greek Independence Day

Greece celebrates its Independence Day on March 25th every year. Remembering the commencement of the war of independence against the Turkish Ottoman Empire, the day holds extreme significance in Greek history. Greeks got their independence after massive battles, revolts, and sacrifices made by their freedom fighters. The country had to struggle with hardships to establish its identity, economy, and political stability. 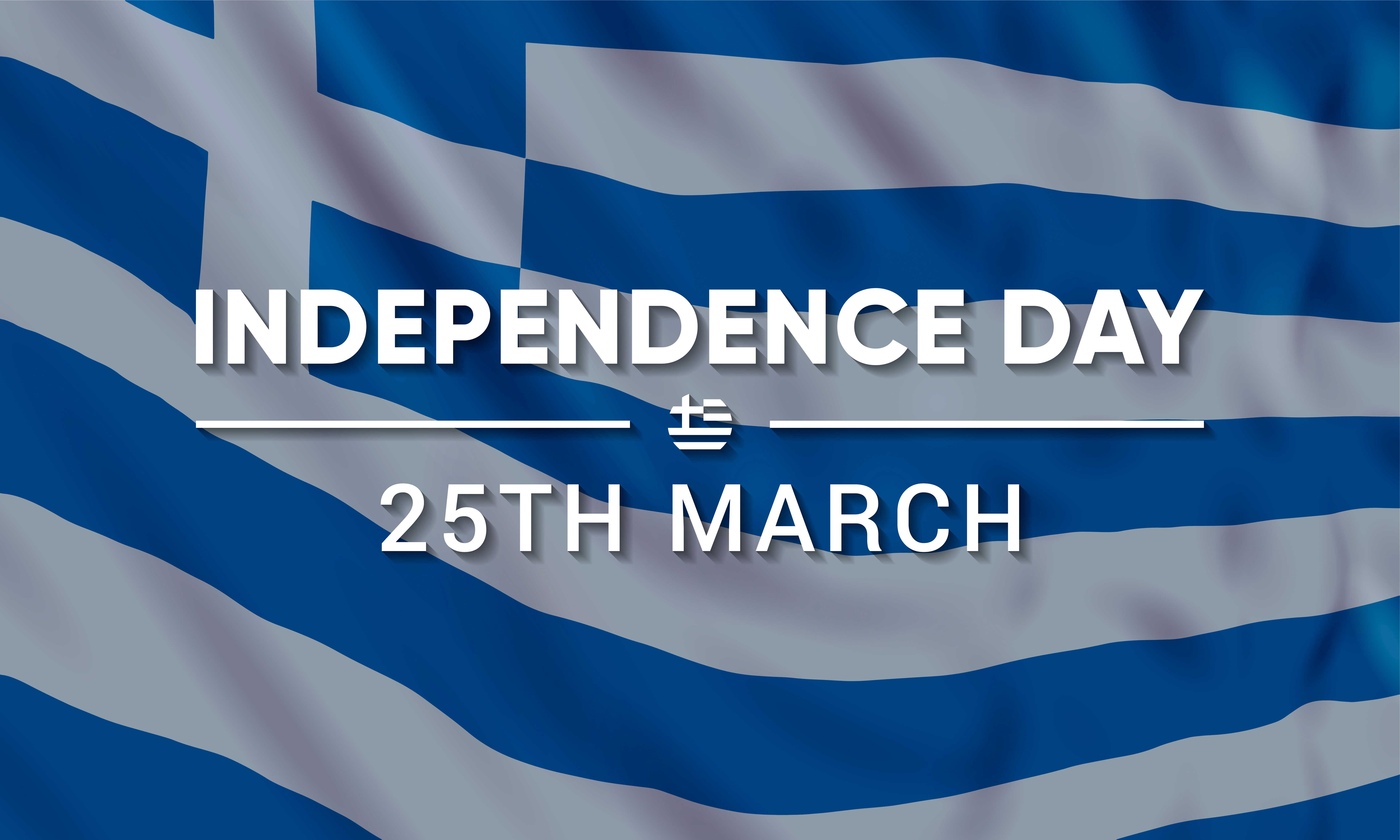 What Does Greek Independence Day Mean?

Greece had been under the rule of the Ottoman Empire since 1453 CE. The uprising against the Ottomans commenced on March 25th 1821, when the flag of revolution was raised over the Monastery of Agia Lavra in the Peloponnese by Bishop Germanos of Patras.  Greeks raised their voice for independence several times, but this was the revolution that was successful in attaining liberation.

As a result of a great revolt against Ottomans, Greeks won the battle and got back to Athens, but in 1827, Ottomans recaptured Athens and most of Greece. As the Ottomans were powerful and authoritative, the Greek revolution came to the verge of failure. The world witnessed the prolonged struggles of Greece, resulting in strong nations like Great Britain, France, and Russia lending their help to free Greece from the shackles of Turkish rule. In the Battle of Navarino, Greeks got strong support from British, French and Russian forces to defeat the Ottoman army. 1n 1932, Greece was declared an independent nation with an official international treaty.

What happened after the Greek War of Independence?

After being ruled by Ottomans for about four hundred years, Greece attained its freedom with bloody battles and sacrifices driven by an undying national spirit across the country. However post-independence, the country had to deal with economic hardships and political uncertainties. Also, a few rulers still considered Greece as their domain.

Greece became a monarchy after independence and was ruled by King Otto of Bavaria from 1833 to 1863. He was a strict ruler with stringent laws and guidelines. Also, the cultural difference between Bavarian and Greek culture triggered social unrest and dissatisfaction among people.

In 1864, King George became the ruler, and his rule lasted till 1913. Under his reign, Greece saw some significant developments like the adoption of a constitution, parliamentary system and practicing democracy. King George also freed a few parts of the country that were still under Ottoman rule. Greece had to make more extensive efforts to establish its independent identity, economy, and government throughout the 19th century.

What is Greek Day?

Greek Day on Broadway is one of the most significant social events in Vancouver every year. Celebrating the rich Greek heritage, the festival aims to spread cultural awareness and rejoice social and cultural contribution of Greece to the world. The street party event features Greek food, music, entertainment, art and craft that is enjoyed by thousands of people.

Remembering their struggle and a tough fight for independence, March 25th is celebrated with great pride and honor as a national holiday in the country. As a mark of celebration, people across the nation conduct parades, processions, and functions. People march with a Greek flag, dressed in traditional Greek costumes. The day is also celebrated as Annunciation Day, according to the Greek Orthodox calendar. The day brought the news of Mother Mary carrying a divine child. The churches are filled with worshippers who indulge in joy and celebrations.

Greek communities living outside the country celebrate Greek Independence Day with annual parades and processions. The President of the United States of America holds a grand reception at the White House and invites several Greek Americans and dignitaries. Melbourne and Sydney witness processions in celebration of Greek Independence Day. Parades are also conducted at several places in Toronto and Montreal in Canada in honor of Greeks’ hard-earned independence.

If you love rich Greek culture and jewelry, check out this blog to learn more.

Next post Break Tradition and Experiment with Festival Jewelry