Romans are known for their rich culture and heritage. Extravagant jewelry with colorful gemstones and metals had been a significant part of their civilization. Not only for the wealthy and high-class, but people from all social status also wore jewelry. They used a plethora of different metals, gemstones, and colored glass to make attractive pieces. It is interesting to know that Ancient Roman jewelry includes specialized jewelry for even babies, which indicates their inclination towards jewels.

Greek, Egyptian and Etruscan cultures profoundly influenced ancient Roman jewelry. With their subsequent conquests and expanded territories, the Romans incorporated distinct art and designs from several civilizations in their jewelry making. A prominent example of such influence is the Heracles Knot, which Romans wore to guard themselves against evil spirits. The elaborate designs and abstract patterns are the highlights of Ancient Roman jewelry.

Use of Gemstones, Glass and Metals 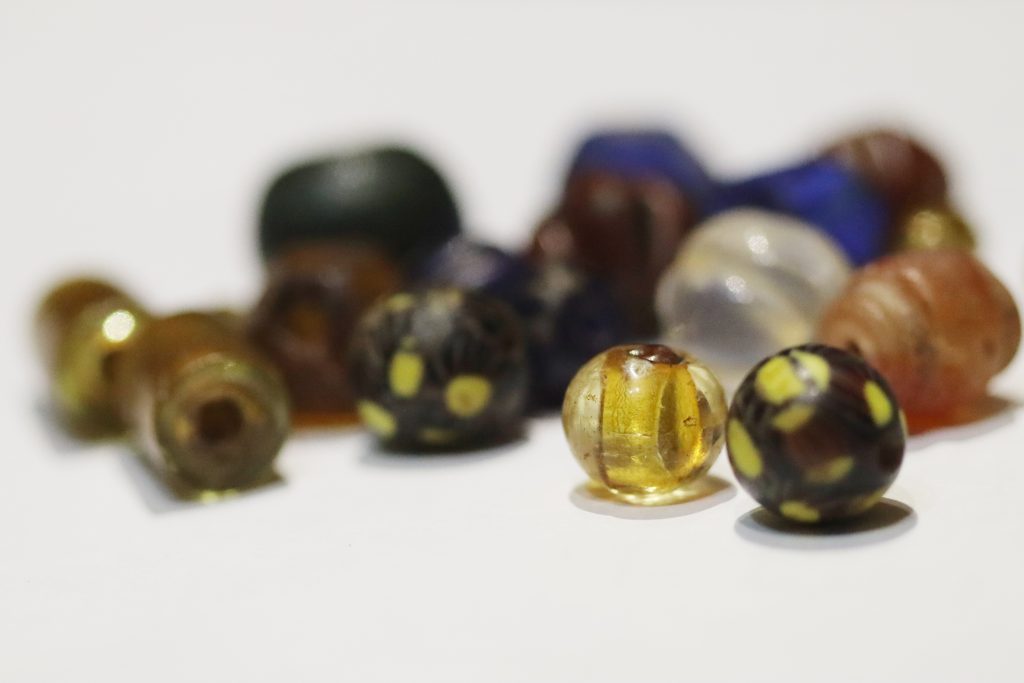 Pearl, amber, amethyst, lapis lazuli and emerald were favorite gemstones of the Romans. They were fond of colored gemstones and imported a lot of gems and metals from Egypt and the Persian Gulf.

As the Roman reign was expanding and developing, they started using exotic gemstones like diamonds, topaz, and sapphire in jewelry. Now, the jewelry in the Roman Empire was more about intrinsic value of precious gemstones and metals.  As the craze for precious gemstones took over, there was a decline in artistic excellence and craftsmanship.

Pearls and semi-precious stones were generally left rough, or if cut, cabochons were popular. They also used cameo portraits on gemstones and used them in rings, pendants, brooches, and bracelets. Romans have the advanced glassmaking techniques. They had great talent and skill in transforming colored glass into beads and in making spectacular glass jewelry.

Gold, silver, bronze, copper, and iron were used to make different ornaments. Gold was considered the most valuable metal due to its rarity and purity and its jewelry was only worn by wealthy people. Fine artistic details and sculptures in silver were also quite appreciated.

Bulla was a pendant-like an ornament adorned by boys till they attain maturity. The sons of wealthy people wore a bulla made of gold while others wore leather bulla. It is said that the jewel helped in victory and saved the wearer from the evil eye.

The ornament was used as a powerful amulet thought to protect against evil spirits.

It was a kind of amulet that was traditionally presented at birth. It was also considered to guard life and grant protection to children and mothers.

The torque is a semicircular necklace-like ornament worn at the base of the neck with ends at the front. It was an honor, presented to warriors for their acts of bravery. Initially, torques were worn only by men. However, a few resources reveal that in later times, women also wore the piece.

In Ancient Roman jewelry, the snake was the symbol of health, fertility, and immortality. Snake pattern bracelets were common among both men and women.

Rings had special significance in the Roman Era. People were fond of big and bold designs and used to wear multiple rings at a time. Not just a mere ornament, Romans used rings for various practical purposes like a mark of rank, merit, or social status.

These rings were designed with various metals and gemstones. The most influential people wore big gold rings embellished with colorful Roman glass.  Ordinary people could wear iron and bronze rings. When determining an heir or finalizing a will, the Emperor used to give the seal ring to the one he chose to take over his Empire.

Rings with a phallic symbol were designed for young boys to promote good fortune and prosperity.

Bracelets were fashion statements even in Roman culture. Pieces made with pearls and gold were worn on both wrists for decorative purposes. Coiling snake bracelets were a symbol of immortality and commonly worn by both men and women. 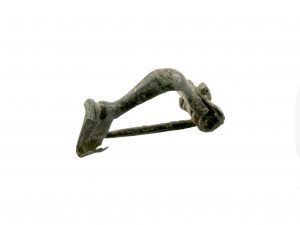 A practical piece of jewelry, the brooch was initially used only for attaching articles of clothing. Romans did not sew their clothes, but instead fastened them with a fibula, a kind of brooch embellished with cameo portraits and carved designs. To attain a sophisticated touch, Roman aristocracy wore brooches made of gold and silver with colorful gemstones and pearls. 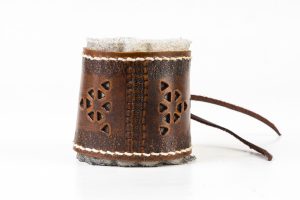 Romans were very particular about social hierarchy, and jewelry indicated their status in society. Jewelry made in gold and silver with precious gemstones were signature pieces the ruling class. On the contrary, poor men and women ornamented themselves with jewelry made from iron, copper, leather, bronze, and other less expensive metals.

Roman men would wear bracelets, rings, torques, and pendants with collars. It was mandatory for men to wear at least one ring. Soldiers were awarded torques on their bravery act, and they wore them with pride and honor. Gold, silver and leather bracelets were also commonly worn by men.

Jewelry had special significance for Roman women as it was their personal property. Roman women loved dressing with a variety of ornaments. Elaborate sets of rings, earrings, bracelets, necklaces, chokers, pendants and armlets were the most common styles. According to their status, Roman women would possess an extended collection of jewelry.

Does Roman jewelry inspire you? Which jewelry piece would you like add in your collection? Let us know in the comments below.

Next post What Should I Do on Leap Day?

Previous post What Your Chinese Zodiac Says about You