LC’s 2015 Bracket of Love: Get to Know the Couples

For the past week you have nominated your favorite couples of all time for our 2015 Bracket of Love. We received hundreds of nominations, including both fictional and real couples. We are happy to announce the eight couples that made the cut! Continue reading all about the candidates to get a better feel of who you want to vote for. Remember, voting will continue until we have crowned the LC’s Couple of the Year on Valentine’s Day!

The sensational film based on and named after the book, “Gone with the Wind” is about the story of Scarlett O’Hara, a strong willed daughter of a Georgian plantation owner. In the beginning, she had nothing but disdain for the disreputable war profiteer, Captain Rhett Butler.

Finally, after many unfortunate events (that poor horse), Scarlett realized she was in love with Rhett, but it was too late. Rhett had finally become tired of waiting for her affection and ended things with his famous words, “Frankly, my dear, I don’t give a damn.” Frankly, it made us all love the fickle couple even more. In the end, Scarlett vowed to find a way to win Rhett back. Despite this ambiguous ending, Scarlett and Rhett are strong contenders for our 2015 Couple of the Year. 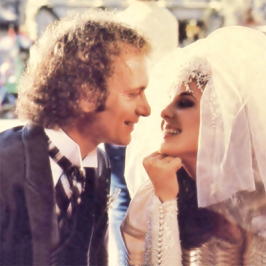 Fictional characters from the daytime drama “General Hospital,” Luke Spencer and Laura Webber are the signature super-couple of soap operas. In spite of Luke’s past misdeeds, the pair became popular when the story shifted to focus on love and redemption.

The couple finally wed at the end of the hour-long show in 1981, which was watched by 30 million viewers. Let’s find out if they’re still as popular as they were back then with the Bracket of Love.

After nine years and six children, the famous couple finally wed last summer (as if they needed another reason to remind us of their adorableness). The celebrity couple often referred to as “Brangelina,” met in 2004 on the set of “Mr. & Mrs. Smith.” In early 2005, their association became the subject of a publicized Hollywood scandal because they were alleged to have begun an affair while Pitt was still married to actress Jennifer Aniston. Pitt and Jolie denied such accusations.

One month after Aniston filed for divorce, photos of Pitt, Jolie and her son hanging out at the beach emerged. While together, the couple has had three children of their own and adopted two as their relationship continued to regularly show up in the media. Despite their murky beginnings, America seems to adore Brangelina, making them a couple to look out for in the Bracket of Love.

Fictional characters Cinderella and Prince Charming stole our hearts the moment we saw them dance across the screen in 1950. Based on the story “Cendrillon” by Charles Perrault, this couple shows people of all ages what a fairy tale is made of. They definitely won’t need a fairy godmother to get plenty of votes. 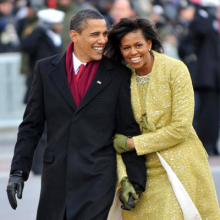 Another couple followed by the media, the President and the First Lady met at a law firm and tied the not three years later. Michelle Obama famously rebuffed her now-husband’s advances when they met (ouch). However, love conquers all, and eventually she agreed to go out with him.

Their love story is so popular that it’s hitting the big screen. The upcoming film will be titled “Southside With You.” Let’s see if you think the presidential couple deserves to be voted LC’s Couple of the Year! 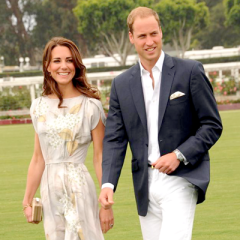 From dating to getting married to having a baby, the public has seen all of the royal details of Prince William and Kate’s relationship and still can’t get enough. Catherine, Duchess of Cambridge, met Prince William, Duke of Cambridge, in 2001 while attending the University of St. Andrews. In 2011, the world watched the couple have a royal wedding in Westminster Abbey. They now have a baby boy and another child on the way. Will Prince William and Kate get the royal treatment and win Couple of the Year?

What do you get when you pair a socially awkward genius with a smug biologist? Great TV! Sheldon and Amy are fictional characters on the popular TV show “The Big Bang Theory.” They met through online dating. Amy only signed up to please her mother, and Sheldon’s friends mischievously made a profile for him. Their quirky and oddly adorable relationship makes them a great contender for the Bracket of Love.

The Lady and the Tramp 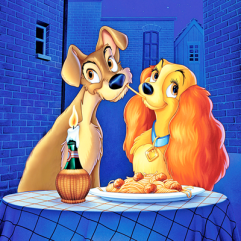 Who knew two dogs sharing a plate of meatballs and spaghetti would be so adorable? Yeah, we guess everyone did. The story of a couple from two different sides of the train tracks is perfectly portrayed by these canines. They will definitely pull the heartstrings for all you animal lovers, making them strong contestants.

There you have it! Who will make it to the final round to win it all? YOU can decide by voting for the Couple of the Year in our 2015 Bracket of Love!

No votes so far! Be the first to rate this post.

We are sorry that this post was not useful for you!

IT ALL MAKES SCENTS: HOW TO CHOOSE A PERFUME FOR YOURSELF