Shadowkite: the Story Behind the Gemstone

Shadowkite: From the Shadow of Table Mountain

Rare and exotic, Table Mountain Shadowkite is a blended gem found in the Table Mountain range of South Africa. Sourced from mines near Cape Town, this unique combination of colors isn’t found anywhere else! Join us as we discuss this fascinating gem. 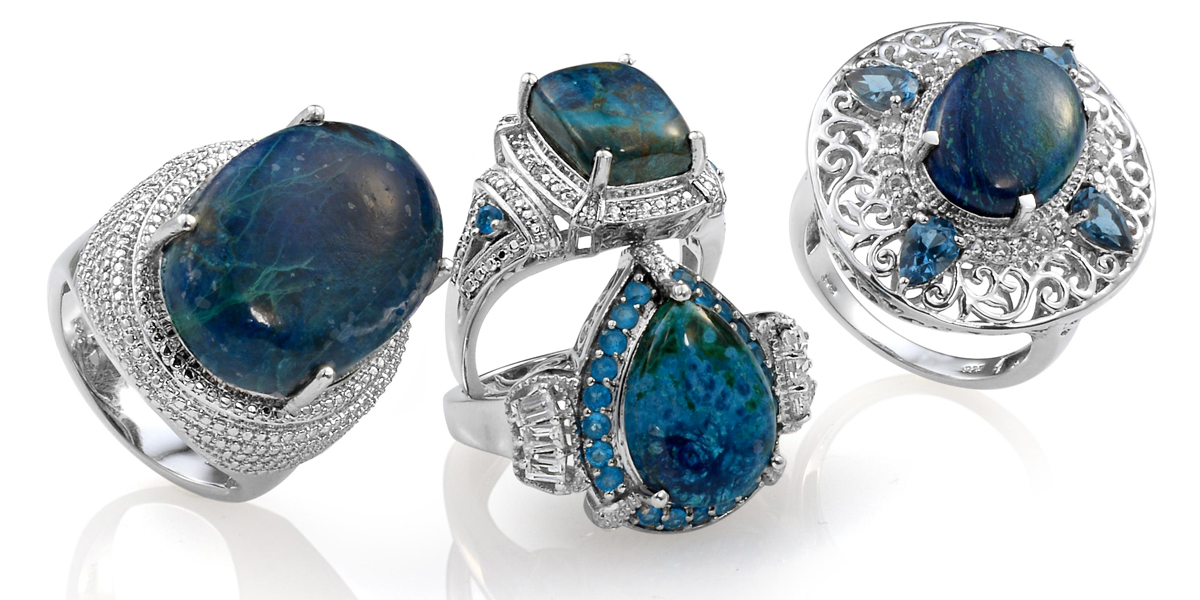 This stone is composed of four individual minerals. Chrysocolla is the primary ingredient and provides shadowkite its overall lovely blue color. Cuprite is another material found within the stone. It contains dark flecks of reddish-brown within the rock, offsetting the swirling greens and blues. Azurite and malachite round out the rest. Azurite is a royal blue colored stone, and its influence is readily seen in the material. Malachite, a related gem, stands out with its forest green hues. Also, the distinctive banding for which it’s known is prominently seen in the mottled appearance of the gem.

Shadowkite receives its captivating blue and green coloration from the presence of copper. In fact, each gem that goes into this material is related to and contains this metal. Generally speaking, gems that are found near copper will be green, blue, or any color in between. There are exceptions, however. Ruddy cuprite is an example readily seen in specimens of shadowkite. 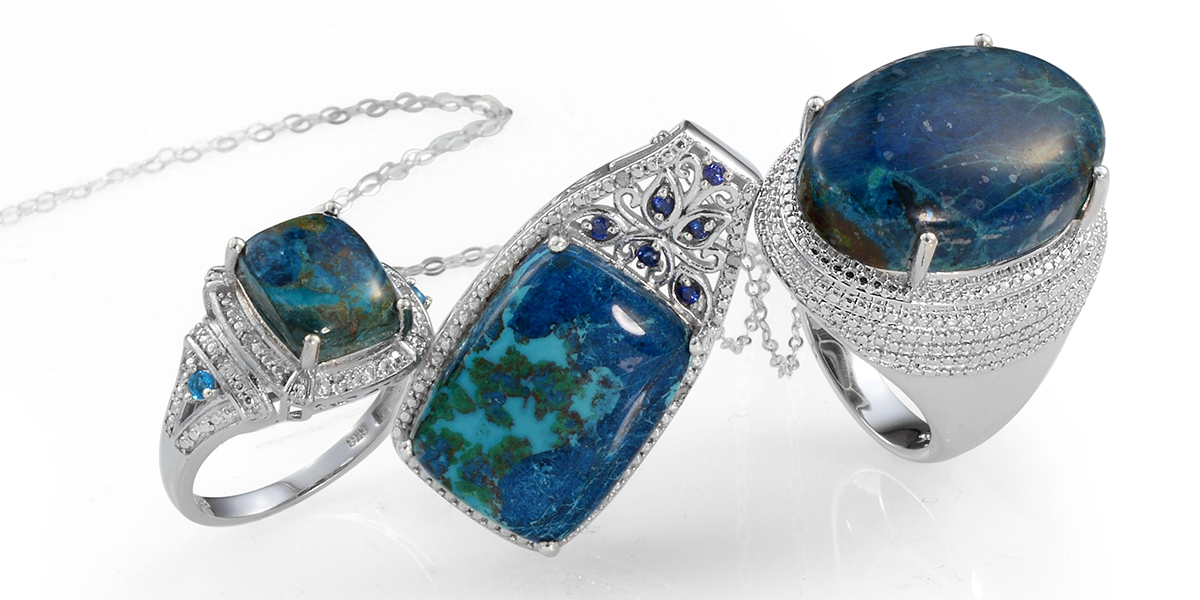 The home of shadowkite, Table Mountain looms over Cape Town, who sits in its shadow. Named for the flat mesa at its top, the mountain, and surrounding range has a long history of mining. During the gold and diamond rush that swept South Africa in the 19th century, many settlers came to Africa, seeking riches and work.

The Table Mountain range was previously mined for precious metals such as gold, silver, and platinum. In addition, sources of tin and manganese were also discovered and dug from the earth here.

Today, the mountain and much of the area around it form part of the Table Mountain National Park. It’s a popular destination for tourists, hosting outdoor activities such as hiking, rock climbing, mountain biking, and more! Mining is no longer performed here, though other areas around Cape Town are still in operation. 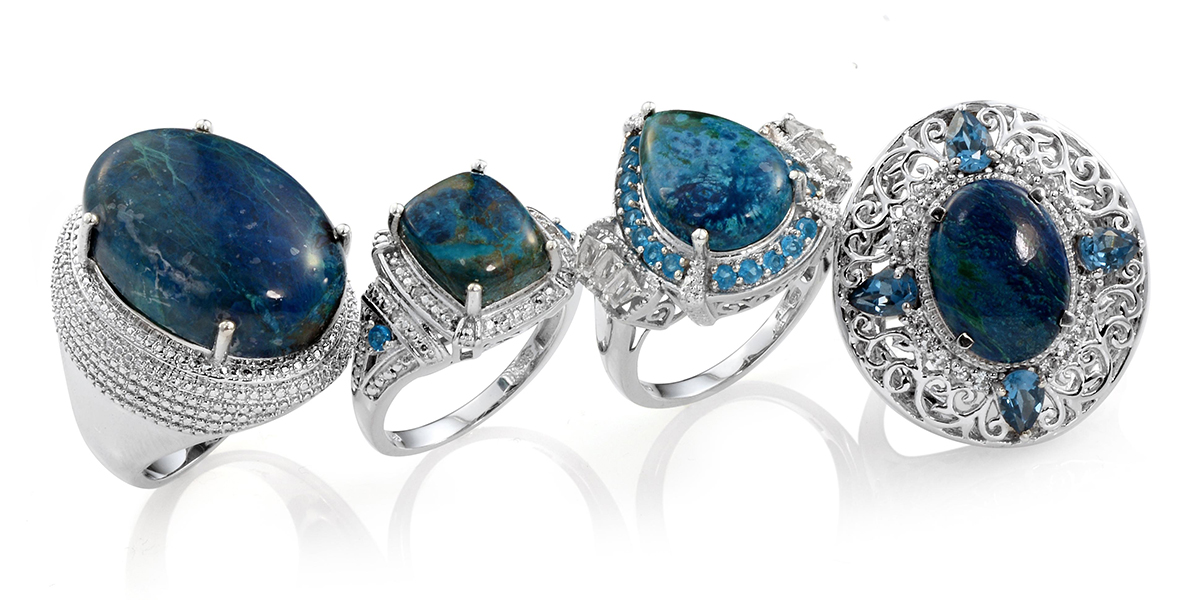 Shop LC first brought this material to market in 2014. We discovered rough for sale at the Tucson Gem, Mineral, and Fossil Showcase. Immediately captivated by its beauty, we arranged to purchase the vendor’s supply. Only able to offer one show that year, it was a smash hit, and we’ve been proud to offer our customers this enchanting gem since.

Learn more about Table Mountain Shadowkite through our Education Center.

Begin your journey, and shop the latest in shadowkite jewelry.