The Evolution of Pearl Strands from Past to Present

Pearls have long fascinated humankind with their otherworldly luster and sophisticated beauty. They have always symbolized purity and bring to u the calmness and beauty of the sea. Throughout recorded history, pearls are among the most expensive jewelry, and a natural pearl necklace made of matched spheres has almost incomparable value in the world. Wearing a pearl strand was once reserved only for the elite. Learn how pearls went from a symbol of wealth and status to an iconic item of style and class.

The Regal History of the Pearl Strand

Humanity’s fascination with pearl strands began thousands of years ago. Pearls were reportedly presented as gifts to Chinese royalty in 2300 BCE, while in Ancient Rome, pearl jewelry became the ultimate status symbol. So precious were these spherical gems, that Julius Caesar passed a law in the 1st century BCE limiting the wearing of pearls only to the ruling classes.

It is no wonder that over time, some cultures considered pearls to be the tears of angels, while others saw in them direct evidence of the spiritual. In Ancient China, pearls were thought to protect the wearer from dragons while, in the Dark Ages, knights would don pearls on the battlefield as totemic defenses against harm. With its escalating demand in Western Europe, pearls were worn by men and women alike, adorning emperors’ crowns and attire, and leading to the diminishing of oyster supplies by the 19th century. 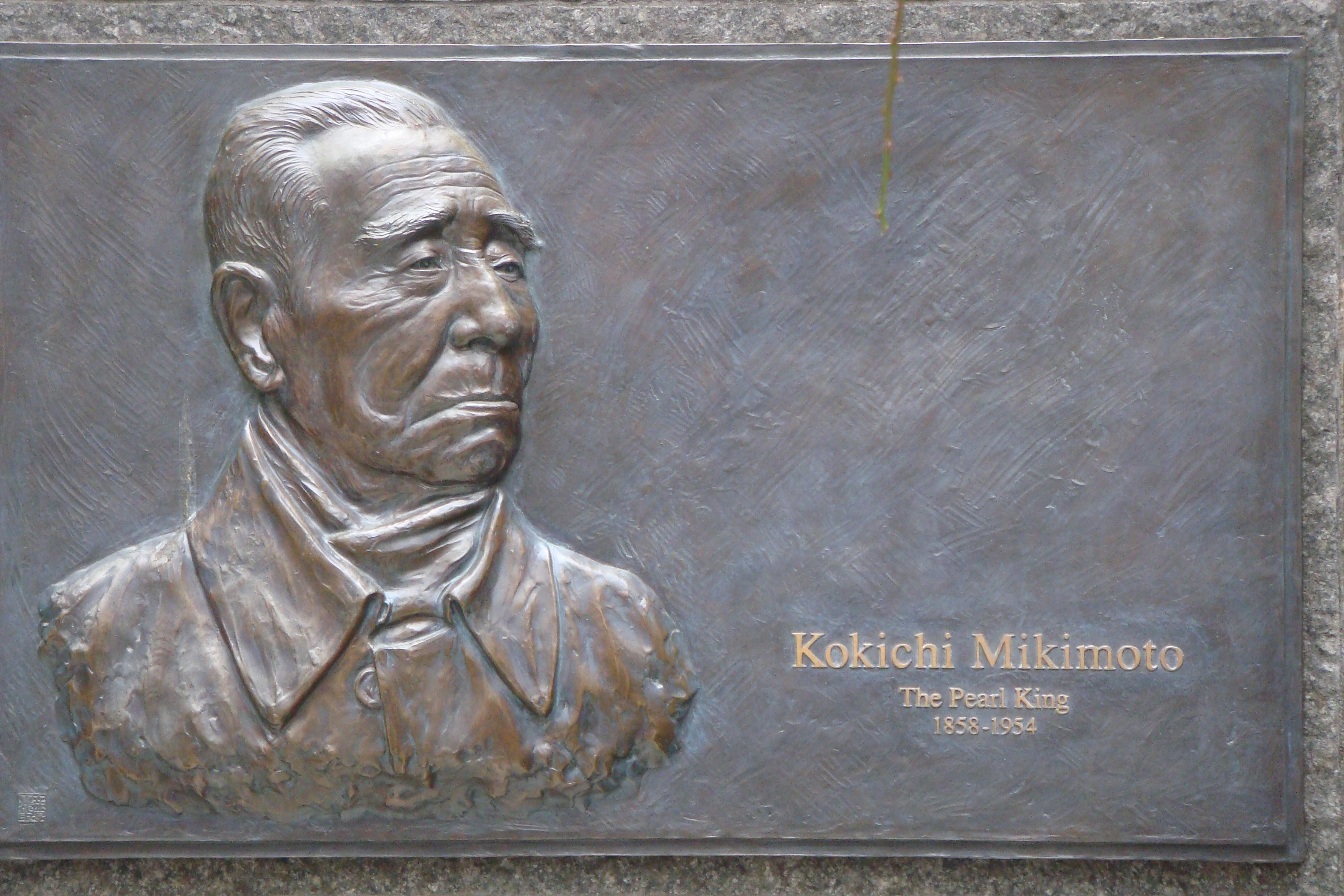 It wasn’t until the 20th century when Kokichi Mikimoto perfected earlier techniques in creating cultured pearls. Since pearls could now be reliably produced on-demand, this made the gem more affordable and more accessible. Mikimoto’s Akoya pearls are still used by jewelry house that bears his name and are renowned for their brilliant luster and vibrant colors, which range from white, cream to bright pink.

The Modern Evolution of the Pearl Strand

Over the 20th century, the popularity of pearls fluctuated. What began with a bang, dipped, and then rose again.

During the 1920s, many style icons became famous for their long, simple pearl strands of cultured or imitation pearls. These strands would often measure more than 30-inches, and were typicaly decorated with a tassel as a pendant. Pearl jewelry was no longer exclusive to sophisticated evening events, but could be worn casually at any time. By the 1930s these necklaces were looped and shortened to create a beautiful cascade of pearls for a dazzling look.

Traditionally, matched pearl strands were the most sought-after style for pearls necklaces, but around the mid-1990s, larger pearls and graduated strands came into fashion. While traditional pearls were the perfect spherical shape in white color and soft overtone, today people are gravitating towards more unique types of pearls. Baroque shapes, once considered imperfect and undesirable, are now appreciated for their organic nature and unique appearance. Each baroque pearl is distinct from the other, indicating the rising trend for unique and non-conventional jewelry designs. 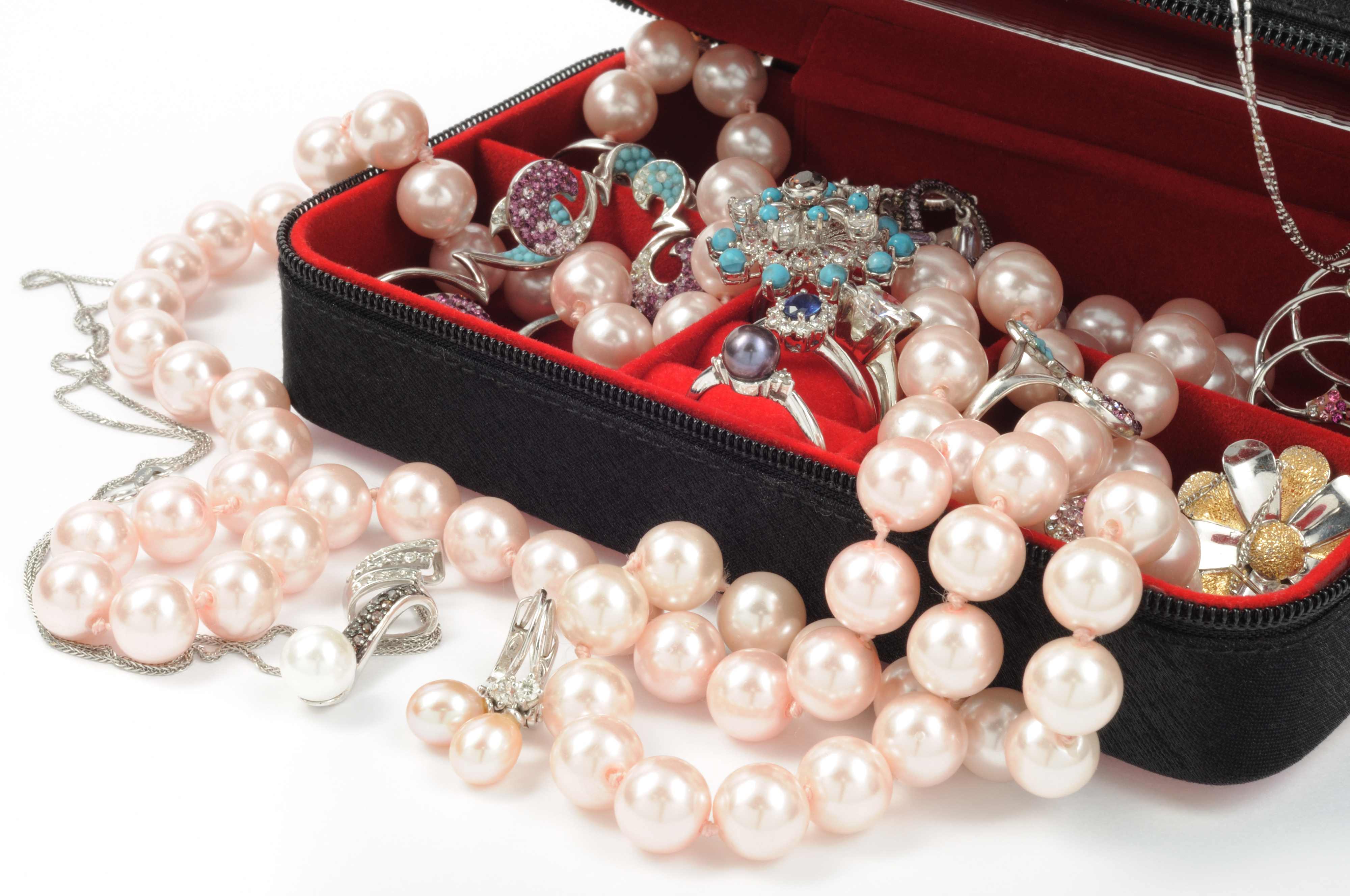 Today, pearl strands continue to enjoy their traditional status and are highly desired and sought-after. But, unlike the past, when only the upper echelons of society could enjoy these alluring gems, pearl jewelry is now accessible to all!

We consider pearl to be the “Queen of the Gems,” and this shows no signs of going out of style. From ages past to modern times, everyone has showcased flawless pearl beauty. However, the two former First Ladies who have brought back the timeless charm of this organic gemstone to the limelight.

As First Lady, Barbara Bush proudly wore her set of pearl necklaces virtually everywhere she went. Whether it was her single-layered necklace or the triple strand necklace that became her signature trademark, you could always find Barbara with her pearls. When she wore a three-strand necklace of faux pearls with her royal blue gown in 1989, that single moments became a buzz around the fashion world whose impact is still felt today. 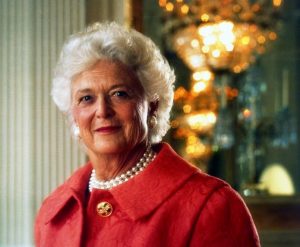 She wore pearl necklaces consistently with suits and dresses, to casual events and state dinners, and she continued to do so long after her husband left office. Known for her spitfire personality and wry sense of humor, Barbara once joked that she wore her three-strand pearl necklace so much that if she ever took it off her head would fall off.

She inspired women across the country to dig out their pearls from their jewelry boxes and wear them. When we speak of Barbara’s impact on fashion as First Lady, it’s always about her pearl strands!

Another First Lady who made her own contribution to the pearl trend was Michelle Obama. A 21st-century style diva, she inspires women worldwide by displaying her “pearl glamour” with modern twists, seemingly with a new style daily. 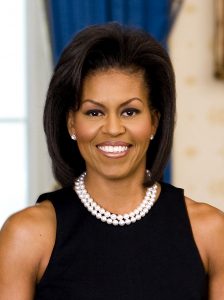 Whether as a single strand, multi-strand, or chunky statement necklace, this former First Lady loves to express herself in pearls as a defining element of dress. It just shows the power of pearls as a signature style choice, and Michelle Obama balances it with authority in an easy-going way.

For her first official portrait, she chose a dress by an all-American designer and a double strand of pearls. Her most memorable piece is likely to be the Tom Binns pearl necklace that she wore at a White House gala.

Create Your Own Iconic Pearl Look

A lovely pearl necklace can make any outfit appear classier and more sophisticated. This timeless piece of jewelry should be a staple in every woman’s wardrobe. Achieve an iconic look by:

Piling on the Pearls 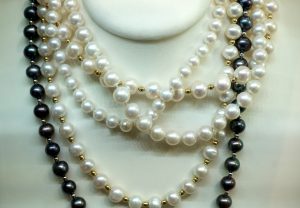 Don’t be afraid to experiment with your pearl strands and don’t be scared of what other people might say. Drape your mother’s necklace with black South Sea pearls along with an opera-length strand or a pendant—or all three! Why not? The layered look mixes different lengths, types, and colors for a lavishly chic appearance. 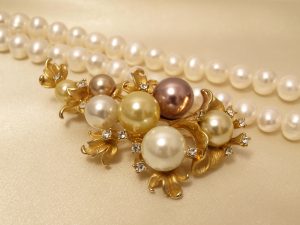 A simple strand of pearls can instantly become a statement piece. Clip a pearl brooch to a classic choker for extra sparkle, or loop a knot to a long strand to feel like a celebrity. And there’s no need to limit yourself to the neckline. Wrap a pearl necklace around your wrist to expand your accessorizing. 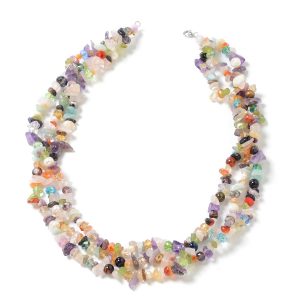 While pearls are gorgeous on their own, try combining them with trendier pieces, vibrant gemstones, and a mix of metals. Pairing tourmaline, aquamarine, opal, quartz, sapphire, and tsavorite with baroque pearls create a colorful mosaic of eclectic pearls and gemstones.

Pearls strands offer something for everyone and will always remain a jewelry staple. Be on the look-out for stylish pearl necklaces in our collection and find a new way to fall in love!

Next post 5 Tips to Step Up Your Running Game