The Mysterious Powers of Moonstone

Our Moon and the beautiful gem moonstone are both the things of dreams. The mysterious similarity of this gemstone to the moon is the reason why we call it moonstone. In ancient civilizations, people believed this gem to be a part of the Moon. True or not, one thing we can all agree on is that this gemstone looks extraordinary!

The bluish sheen that plays just below the surface of the stone creates a smooth blanket of glowing color called adularescence. With incredible beauty, moonstone is said to hold even more astonishingly mysterious powers. Are you ready to explore the history, lore, and magical powers of moonstone? 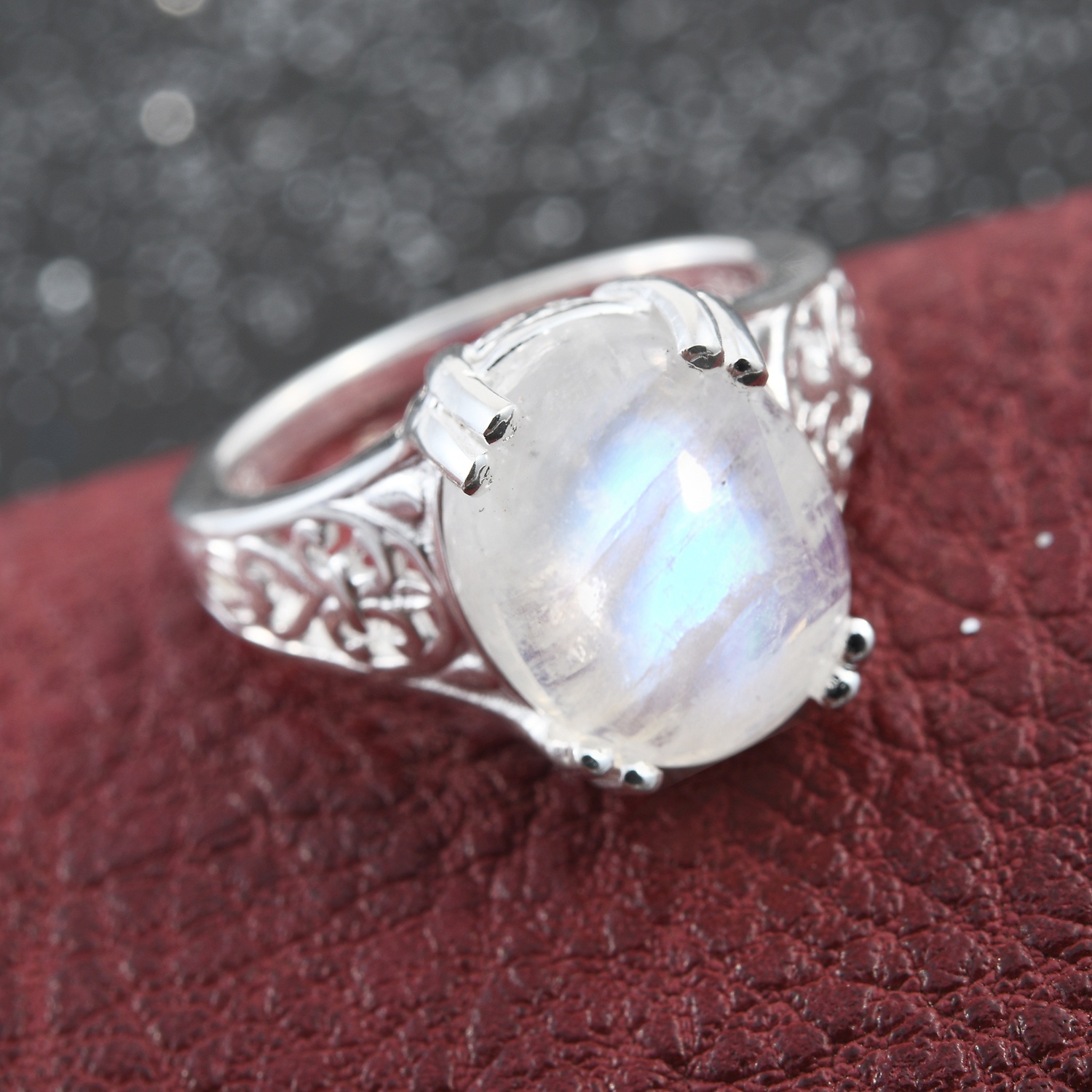 Ancient civilizations believed moonstone to be made of solidified moonbeams, and it’s easy to see why. The amazing sheen displayed by this gemstone reminds us of the full moon shining through a thin veil of clouds high in the night sky. Many think of moonstone as a good luck charm when carried or worn. Some even suggest that holding a moonstone in your mouth during a full moon can help you see the future!

This beautiful gemstone was extensively used in custom jewelry designed during the romantic Art Nouveau era. Moonstone was also a preferred choice of artisans during the 19th century. They used this gemstone in their handcrafted silver items.

During the 1960s, moonstone provided its wearers with the desired bohemian look. And in the 1990s New Age movement, people again turned towards the natural beauty of moonstone for inspiration. 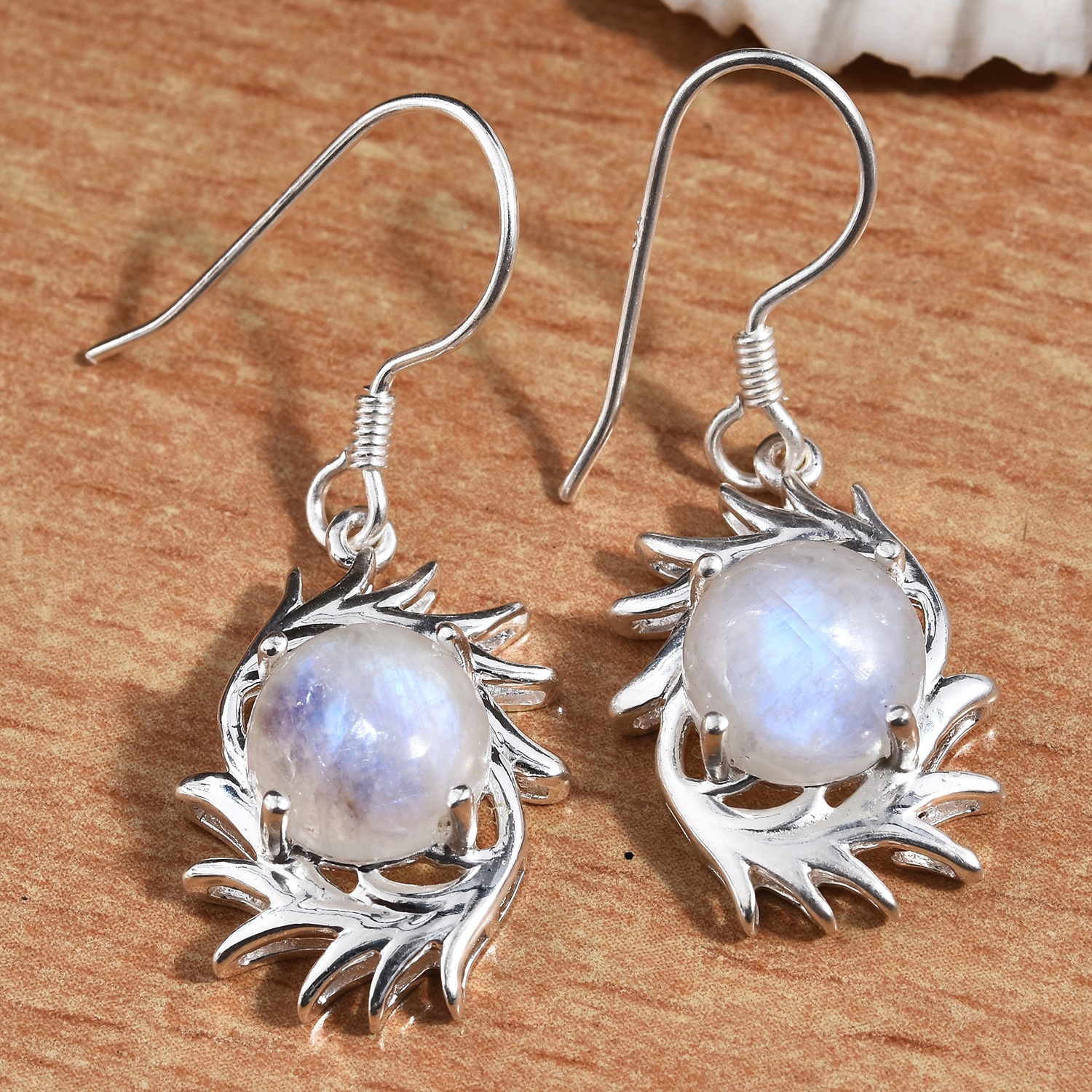 Linked to the Moon, moonstone is believed to be the stone of love and lovers. The gemstone is said to promote love and sensitivity. A gem for knowledge, stability, and dreams, proponents believe that moonstone encourages a passion for life and a fresh attitude. It is thought to bring inner peace to its wearer.

A modern June birthstone, moonstone is said to have a calming effect. That’s why around the world it’s used for meditation. Even Feng-Shui has recognized this gemstone for its ability to bring happiness and stability to the wearer. 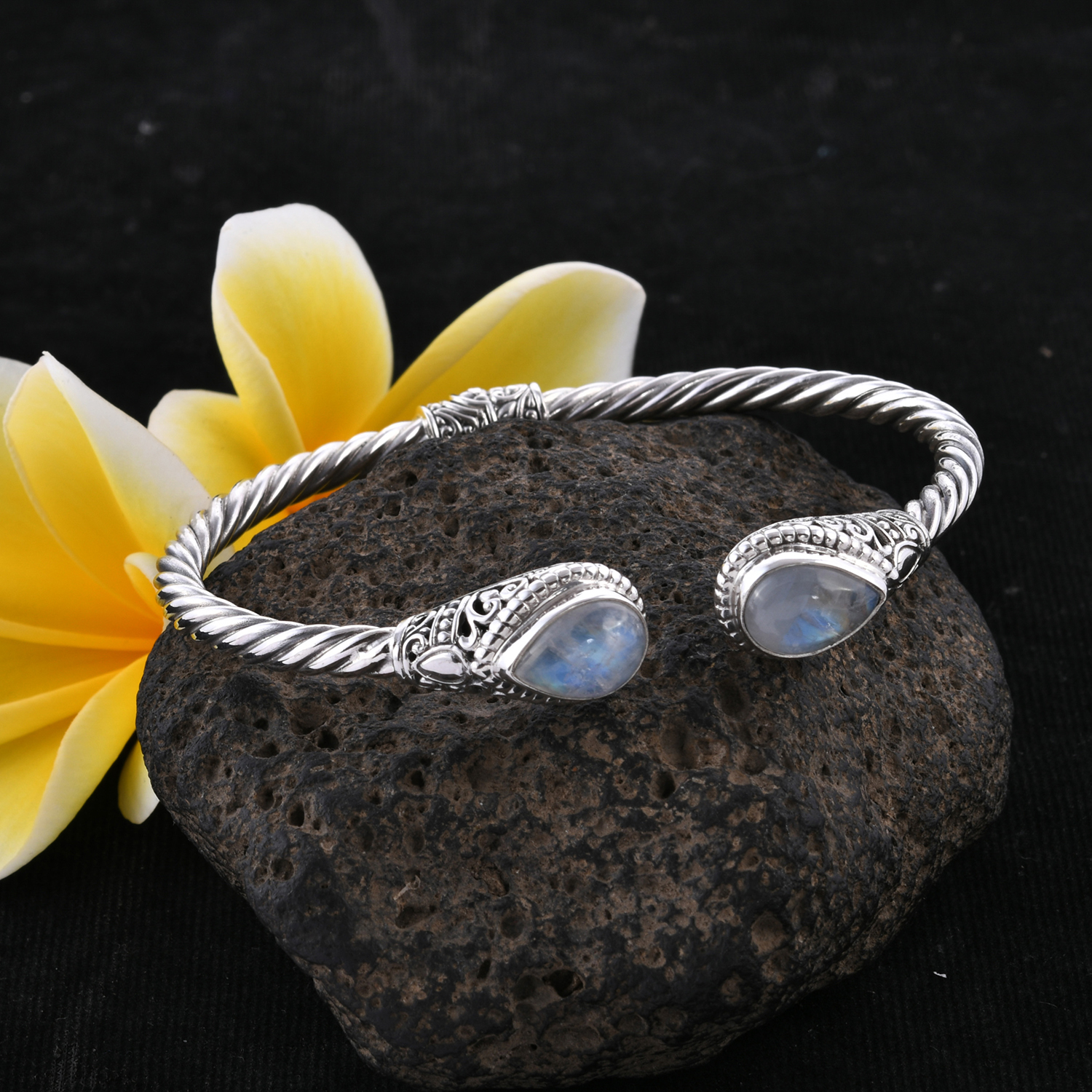 Glowing with silvery light, moonstone displays the beauty of the moon. Even though the Moon is 238855 miles away from the Earth, its beauty is hard to resist. And, when we think about the Moon, who can forget the famous quote “One small step for [a] man, one giant leap for mankind,” spoken by Neil Armstrong.

On July 20, 1969, the American astronaut Neil Armstrong became the first human to walk on the surface of the Moon, followed by Buzz Aldrin. Michael Collins, the pilot of Apollo 11, stayed in the lunar orbit until Armstrong and Aldrin returned. In 1970, Florida legislators made moonstone the official state gem to recognize contributions by the state to the space program.

To commemorate the anniversary of man’s landing on the lunar surface, in 1971, President Richard Nixon proclaimed July 20 as National Moon Day. And, this year we’ll celebrate the 50th anniversary of historic Apollo 11 Moon Mission.

Celebrate this historic National Moon Day with style. Go over the moon for the selection of moonstone jewelry at Shop LC!