The Solemn History of Veterans Day

WHY DO WE CELEBRATE VETERAN’S DAY?

On November 11, every year, the country celebrates Veterans Day. Millions of Americans who have not worn the country’s uniform will take a moment to honor and remember those who have. Many people know this date as a day of remembrance, but not everyone knows the history of it. Continue reading to discover the account of Veterans Day and three touching stories of our nation’s veterans.

THE END OF THE GREAT WAR 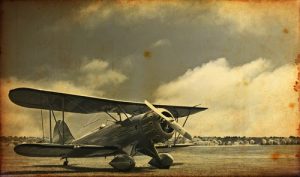 World War I (also known as “The Great War” at the time) officially ended when the Treaty of Versailles was signed on June 28, 1919. However, actual fighting ceased seven months before this date when a temporary termination of hostilities between the Allied nations and Germany went into effect. For this very reason, November 11, 1918, is generally regarded as the end of “the war to end all wars.”

In November of 1919, President Wilson proclaimed Nov. 11 as the first commemoration of Armistice Day. The original concept for the celebration was for a day to observe and memorialize with parades and public meetings and a brief suspension of business beginning at 11:00 a.m.
The 11th of November was made a legal holiday—a day to be dedicated to the cause of world peace and to be known as “Armistice Day.” Armistice Day was primarily a day set aside to honor veterans of World War I.

By 1954, America had gone to war several more times. At the urging of the veterans service organizations, Congress amended the Act of 1938 by striking out the word “Armistice” and inserting in its place the word “Veterans.” With the approval of this legislation (Public Law 380) on June 1, 1954, November 11th became a day to honor American veterans of all wars. 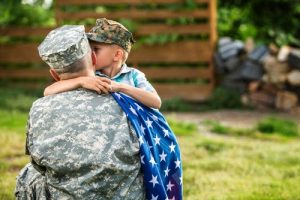 In 1968, the Uniform Holiday Bill was signed. It was a bill intended to ensure three-day weekends for Federal employees by celebrating four national holidays on Mondays: Washington’s birthday, Memorial Day, Veteran’s Day and Columbus Day. It was thought these extended holidays would encourage more celebration.

Under this new law, the first Veterans Day was observed on October 25, 1971, instead of the significant date of Nov. 11. It was very apparent that the remembrance of this day was a matter of historic and patriotic significance to a great number of our citizens.

THE RETURN OF NOVEMBER 11TH

With the support of the overwhelming majority of state legislatures, all major veterans service organizations and the American people, on September 20th, 1975, President Gerald R. Ford signed Public Law 94-97 (89 Stat. 479), which returned the annual observance of Veterans Day to its original date of November 11, beginning in 1978.

[Information provided by the U.S. Department of Veterans Affairs]

WHY IS VETERANS DAY IMPORTANT?

SHOWING GRATITUDE TO OUR VETERANS

The restoration of the observance of Veterans Day to Nov. 11 not only preserves the historical significance of the date, but it also helps focus attention on the important purpose of Veterans Day. Here are three touching stories about veterans from all over the nation. 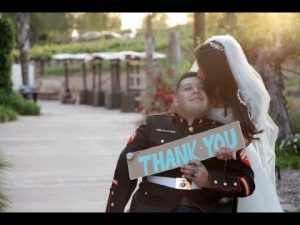 In 2010, Marine Corporal Juan Dominguez stepped on an improvised explosive device during his tour in Afghanistan. Because of the explosion, he lost both legs and his right arm. In 2013, the people of Temecula, California donated $30,000 in services to give Dominguez and his fiancé their dream wedding. People from the town celebrated Dominguez’s service by not only gifting different elements of the wedding, but by also attending it. The result is as heartwarming as it sounds. 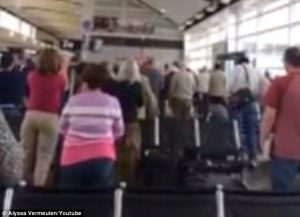 A group of World War II veterans were waiting to board their flight to Paris, when a rendition of the US National Anthem came over the loudspeaker. Gate attendant Anna Mari Barile sang the tribute after learning the elderly passengers had served in the military and some were on their way to Normandy, France, to mark the 70th anniversary of D-Day on June 6. Passengers were not expecting a tear-jerking experience while waiting to board their flight to Paris, but that’s exactly what they got. 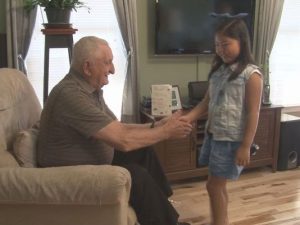 This past June more than 125 WWII veterans from North Carolina took a bus trip to Virginia in honor of D-Day. While they were aboard the bus, each veteran received a hand-written card made by third, fourth and sixth grade students from Phoenix Academy in High Point. Veteran Stanley Krzywonos was especially grateful for his handmade card because the letter was so moving. He got a chance to meet the author of the card, nine-year-old Hannah Byon, a few weeks after the trip.

Veterans Day continues to be observed on November 11, and people from all over the nation focus attention on the essential purpose of Veterans Day: A celebration to honor America’s veterans for their patriotism, love of country, and willingness to serve and sacrifice for the common good. Thank you for all that you do.

Next post Sapphire Rings: How to Buy the Perfect Gift