What are the Birthstones and Their Meaning?

A gemstone associated with an individual’s month of birth is known to be her birthstone. Birthstones represent the astrological properties of a person and many believe that they bring luck, success and prosperity to one’s life. People often wear jewelry studded with their birthstones for a better life in terms of health, spirituality and success.

The Origin of Birthstones

According to the book of Exodus, the concept of birthstones was originated in the age of Aaron, whose breastplate contained twelve gemstones. Each gemstone represented a tribe of Israel. The gemstones on breastplate were emerald, sapphire, diamond, topaz, carbuncle, sardius, agate, ligure, amethyst, onyx, jasper, and beryl. A Jewish historian, Josephus, mentioned two different lists of birthstones for each month.

In the eighth and ninth century, people used to keep twelve gemstones, wearing one for each corresponding month. With the passage of time, there had been several changes in terms of adding and removing birthstones and their meanings from these lists, how to wear them, and their association with cosmic energies, metaphysical properties and astrological features.

What are the Birthstones for Each Month?

Each month of the year has specific gemstones considered to be the birthstone for the person born in that month. Let’s discuss birthstones and their meanings for each month. 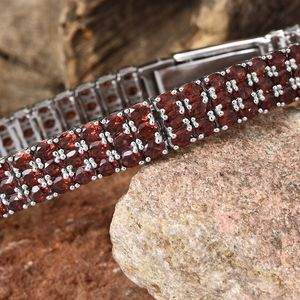 The word garnet originates from the Latin word “garanatus,” meaning “seed like,” referring to the richly colored pomegranate fruit. Symbolizing prosperity and vitality, this gorgeous gemstone is valued for its curative powers and protective energies. Garnet stands for love and strong relationships and gives the passion to live a joyful and fearless life. It eliminates negative feelings and instills self-confidence and mental clarity. Ranging from 6.5 to 7.5 on the Mohs scale of hardness, garnet is available in multiple varieties and colors like yellow, orange, peach, green, red, purple, blue, brown and pink. Red garnet is the most commonly known variety. 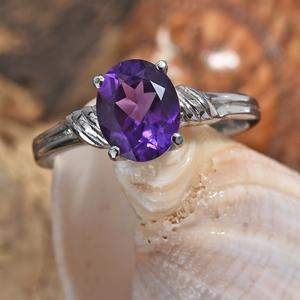 This spectacular gemstone derives its name from the Greek amethyein, meaning ‘not drunk.’ Fans of this stone tell us it’s filled with magical properties, such as warding off danger and violent death, while protecting against evil thoughts and drunkenness. Amethyst is also known for boosting concentration and clarity of mind. We admire amethyst for its soft to deep purple hues. Measuring 7 on Mohs scale of hardness, the gem is also associated with the Pisces zodiac sign. 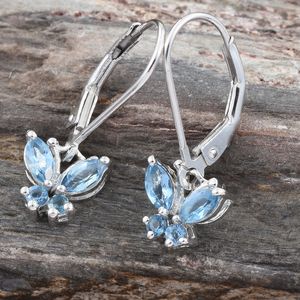 The purity of aquamarine defines its association with pure love, peace, intellect and trust. Related to the throat chakra, believers say this durable gemstone helps in treating neck and throat problems and allergies. Its fabulous light blue to sea green color makes it a great fit for every occasion or everyday wear. 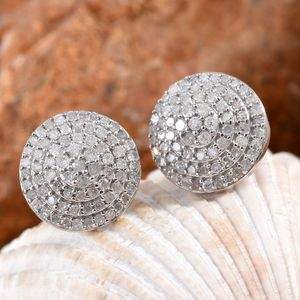 One of the most celebrated gems in the world, diamond makes a grand addition to anyone’s collection. Legends tell us this stone is infused with magical powers like combating stress and removing impurities, diamond stands for wisdom, enlightenment, purity and clarity. The sparkling gemstone influences all chakras of body and is associated with the zodiac sign Leo. Diamond is the hardest material on earth, and ranks 10 on the Mohs scale of hardness. Its resistance to scratching makes a diamond the perfect choice for jewelry, especially a signature piece that sees daily wear. Also available in a various rare colors like blue, green, yellow, brown, red and pink. 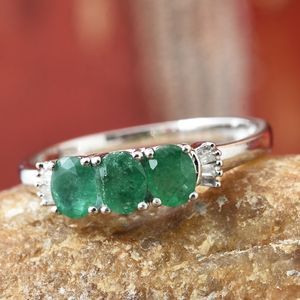 Belonging to the beryl group, emerald is known for its beauty, royalty and reputed therapeutic properties. Cleopatra’s favorite gemstone, emerald stands for hope, maturity and development. Believed to be significantly helpful in preventing headaches and promoting mental growth, farsightedness and perceptiveness. Emerald is related to heart chakra. Ranking on 7 to 8 on Mohs scale of harness, emerald is considered to be a protection stone. 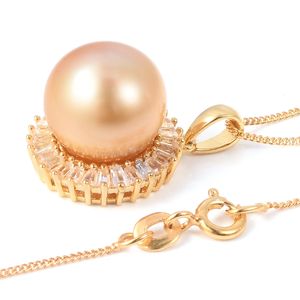 For those who are born in the month of June have a great choice between pearl, alexandrite and moonstone.

A timeless organic gem, pearl is not only popular for its majestic beauty but also for its magical properties. Gem therapists suggest it aids in stabilizing hormonal changes in the body, reducing allergies and curing migraines. Pearls promote wisdom and contentment of the wearer.

In particular, alexandrite affects the nervous system, stomach, spleen and pancreas. It has a positive effect on the psyche by promoting harmony, joy and cheerfulness. One of the rarest gemstones, alexandrite is attuned to the sacral chakra. Measuring 8.5 on the Mohs scale of hardness, this fascinating gemstone changes color in different light. Color ranges from vivid green and blue to intense red and purplish.

Moonstone is the third June birthstone. Long known as a stone of lovers, it is also considered to be a stone of feminine power. Many cultures have their own stories regarding moonstone. In several Arabic cultures, a moonstone is given to a new bride to bless her with fertility, ensuring a large family. Gem therapists suggest to us that moonstone relives pain associated with menstruation, while also boosting a woman’s fertility and ensuring an easy pregnancy. 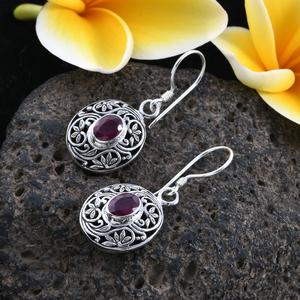 Known as the king of the precious gems, ruby is admired for its beauty. The gemstone symbolizes love, passion and strong feelings. It strengthens the immune system, blood circulation and heart. Its powerful stone brings good luck to the wearer. Associated with both the root and heart chakra, ruby is also linked to the zodiac sign, Aries. 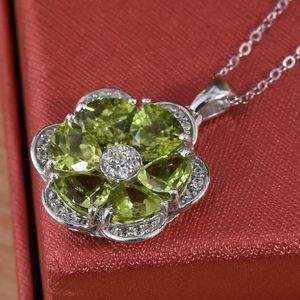 Valued in many ancient and Medieval cultures, peridot is popular for displaying a color range of light yellow-green chartreuse, bottle green, deep olive, brownish green and emerald green. The gemstone has been used as a protective talisman against evil spirits. The August birthstone is appreciated for its delightful color and strong metaphysical properties.

One of the newest modern birthstones, pink spinel was inducted into the birthstone list in 2016. For centuries, red and pink spinels were thought to be rubies. One of the most famous “rubies,” the Black Prince’s Ruby, is actually a red spinel! Crystal healers have touted a feeling of relief from inflammation of all types when using spinel. It’s a stone they say speeds recovery from injuries and diseases that inhibit movement, such as torn muscles or arthritis. 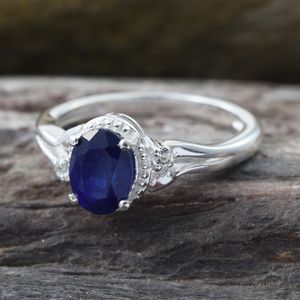 Ranking 8 to 9 on the Mohs scale of hardness, sapphire is highly regarded for its ability to heal the nervous system, regulating the thyroid gland and strengthen the will power of the wearer.  The gemstone is associated with forehead chakra and stands for faith, loyalty and friendship. 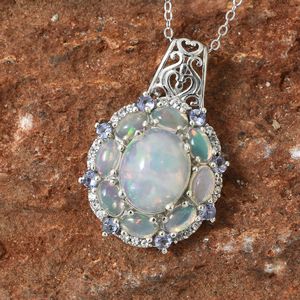 With an internal kaleidoscope of fiery color, opal is one of the most appealing and fascinating gems in the world. The best samples will exhibit a one-of-a-kind dazzling pattern of color and light, popular with jewelers all over the globe. Linked to the crown chakra, opal is the symbol of eternal hope. It also has some excellent healing properties, like regulating metabolism and curing problems related to the stomach and digestion. Associated with the zodiac signs Pisces and Cancer, opal also helps in reducing inflammation and fever.

A harmonizing gemstone, tourmaline is newly added to the list of birthstones. Available in a wide range of color, each variety has specific healing qualities. Black tourmaline gives a sense of self confidence to the wearer, while pink tourmaline stands for love, compassion and gentleness. Significantly affecting secondary chakras, many believe tourmaline detoxifies our bodies and relieves us from pain and nerve injuries. 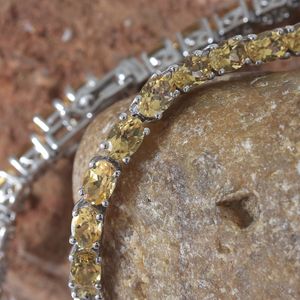 For over six thousand years, citrine has been regarded as a life saving stone that stands for life, sun and light. Enhancing concentration, our nervous system, the immune system and metabolism, citrine is related to the root chakra. This gemstone symbolizes individuality and confidence with renewed determination.

Topaz is an ancient healing stone and considered to be a symbol of power. Stimulating metabolism and digestion, topaz promotes relaxation and eases tension in the wearer. Symbolizing the joy of life and helping us embark on the path of self-realization, topaz treats nerves with powerful energies. White topaz can be linked to all chakras, while blue topaz is associated with the throat chakra. With an excellent hardness of 8 on Mohs scale, topaz comes in colors like brown, yellow, orange, red, pink and blue. 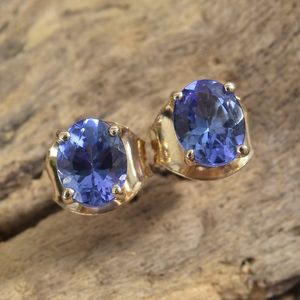 Tanzanite is one of the most tantalizing gemstones discovered during the 20th century. With its deep rich violet blue color, this December birthstone is admired for its beauty all over the world. Tanzanite is helpful in spiritual healing. It is believed to renew the connection between heart and mind while bringing clarity to thoughts and actions. Its soothing calming energy makes one more compassionate and enlightened. Ranking 8 on the Mohs scale of hardness, tanzanite has amazing detoxifying properties and strengthens the immune system. It also helps in calming down post-surgery effects and cell regeneration.

Many believe that turquoise enriches us with strong spiritual, physical and emotional healing powers. The gemstone is associated with the throat chakra and symbolizes beauty. During the Middle Ages, turquoise was thought to give a sense of happiness and contentment to women. This powerful gemstone is helpful in treating disorders related to the throat, lungs, respiratory system and stomach. Gem therapists also suggest that it alleviates depression and promotes well being of mind and confidence.

Zircon is known for its gleaming beauty and wide range of healing applications. The sparkling gemstone stimulates the metabolism and has a calming effect on asthma, allergies, lung infections and digestion problems. This December gemstone is associated with the sacral chakra. It promotes balance and helps the bearer interpret between dreams and reality.

What do you think? Has wearing your birthstone helped you feel better? Tell us in the comments!

Next post Yellow Gemstones that Bring Joy to the World