What Healing Crystals Do You Need in Your Life?

There has been a recent surge in Americans embracing traditional holistic healing methods. Ranging from acupuncture and yoga to tai chi and healing crystals, there is no sign of things slowing down. When it comes to healing crystals, many people talk about and show off beautiful gemstones. But most of them do not know what these crystals could offer.

Historically speaking, crystals are regarded as an ancient form of medicine, with beliefs taken from Hinduism and Buddhism. However, it’s vital to know that there is no scientific proof to support the above theory. Despite this fact, they are still popular among people for their color and beauty.

Even though evidence is lacking, many people still feel the effect of their powers. So, if you’re also curious and inquisitive, here is a comprehensive list of the most popular crystals and the crystal healing properties associated with them in this crystal healing guide. 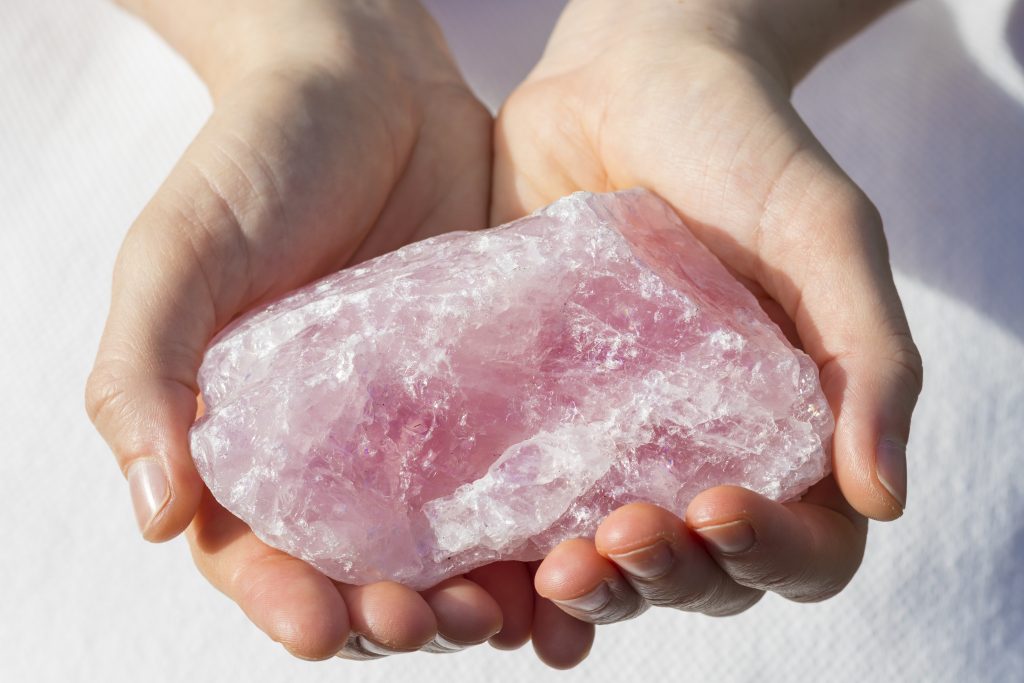 Rose quartz has been known to humans since 7000 BCE, and it has been found in the Mesopotamia region. Rose quartz was used by ancient Roman, Greek, and Egyptian civilizations as a talisman. Rose quartz is popular for its wide range of quartz metaphysical properties including: 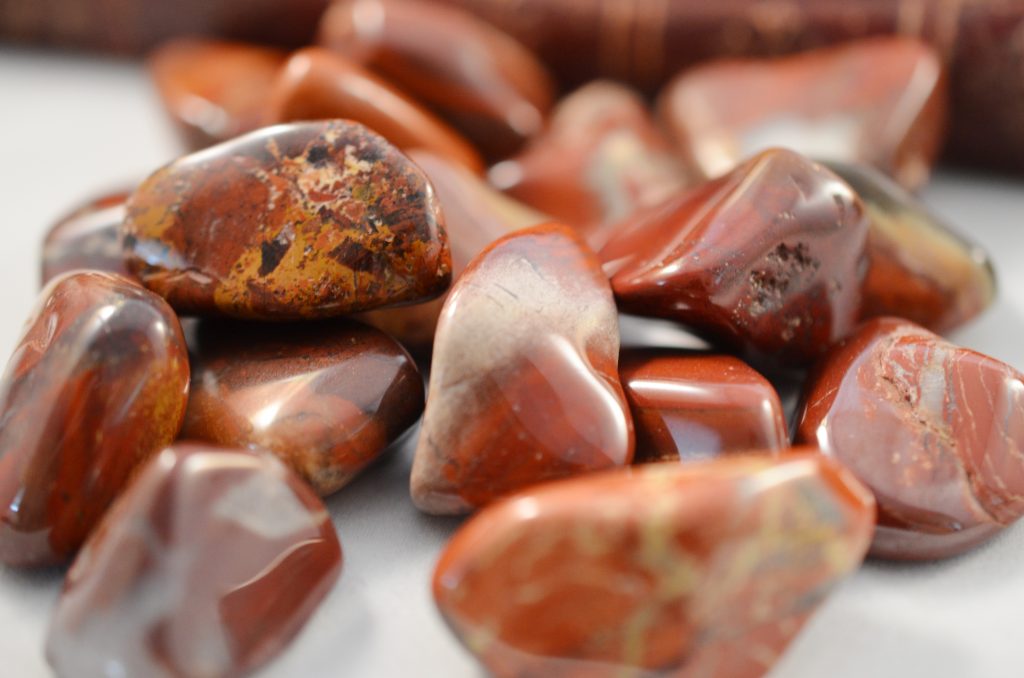 According to the Holy Bible, jasper was a direct gift from God and would be the first foundation stone of New Jerusalem. Ancient Egyptians used to wear jasper amulets because the stone was believed to stimulate inner energy. The healing powers associated with this gemstone includes: 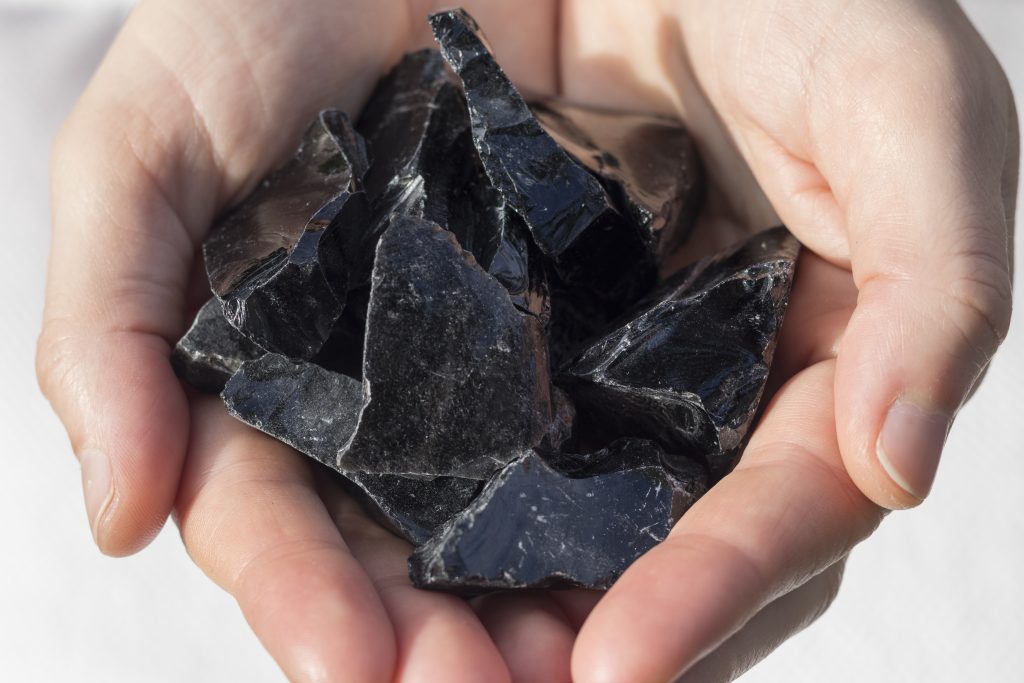 Humans have been using this gemstone since the Stone Age. In early times, it was used to make weapons and blades. Obsidian is said to treat trauma, shock, and anxiety attacks. This gemstones also believed to help: 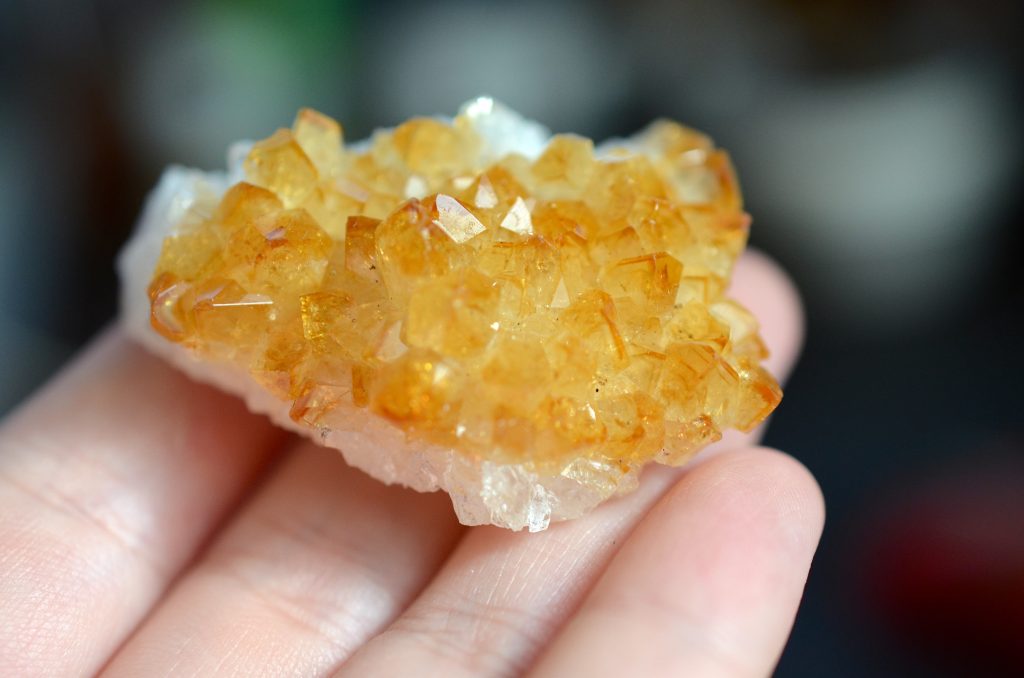 Highly regarded as a healing stone for over six thousand years. In Caesar’s army, soldiers wore citrine on their chest as the stone was said to have life-saving properties. Considered to be one of the best crystals for happiness, this gemstone is said to: 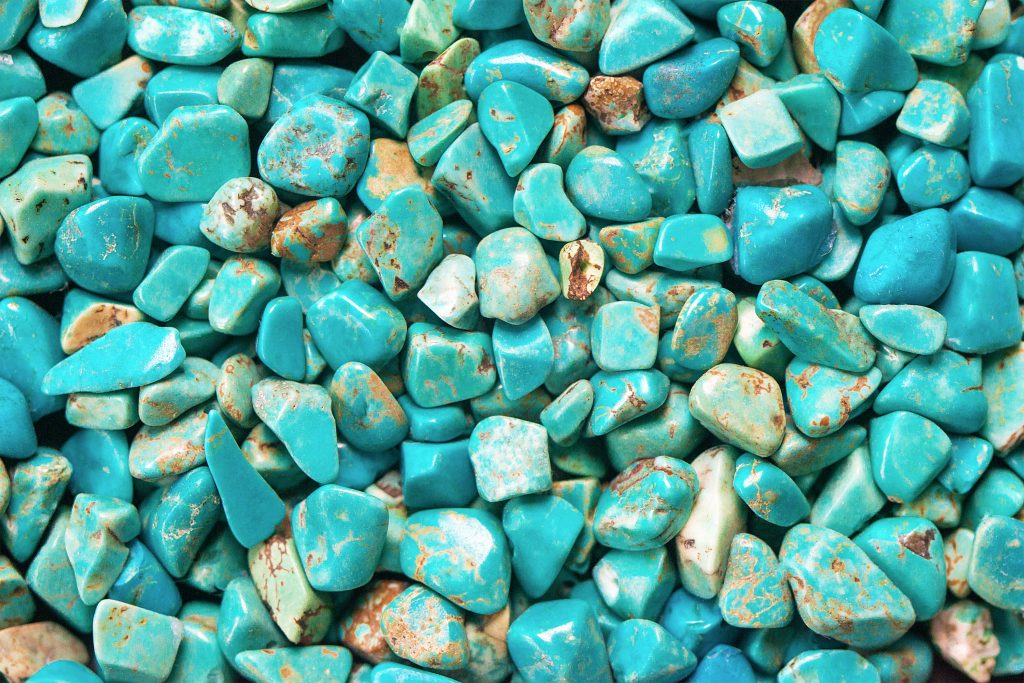 Turquoise has long been considered a holy stone among many Native American tribes. They believe turquoise protects them against harm. Also, the presence of this amazing gemstone among Ancient Egyptian and Greek tombs shows that they also considered turquoise to be a protective gemstone. This colorful gemstone is said to help in: 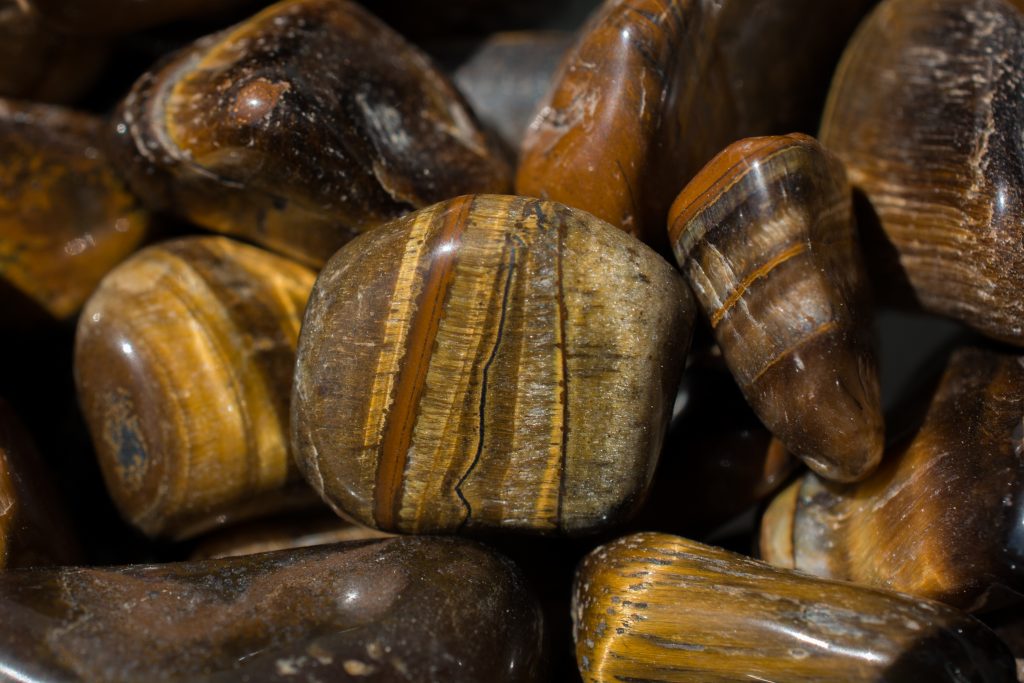 Named after its resemblance to this great cat’s eye, this gem has long been used for therapeutic purposes. Associated with Virgo, the gemstone is said to be effective on the navel chakra and solar plexus. This gemstone is said to: 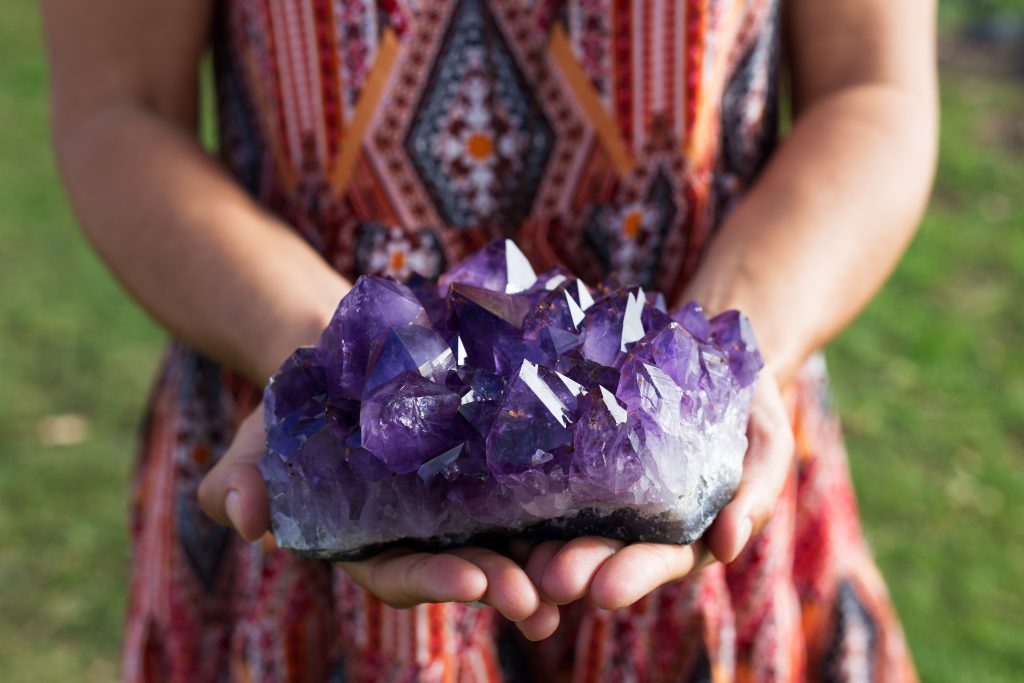 This purple gemstone has been a part of religious jewelry and crown jewels for centuries. Once considered an equal to ruby, emerald, and sapphire, amethyst is believed to keep the mind of wearer clean and sharp. Amethyst healing properties include: 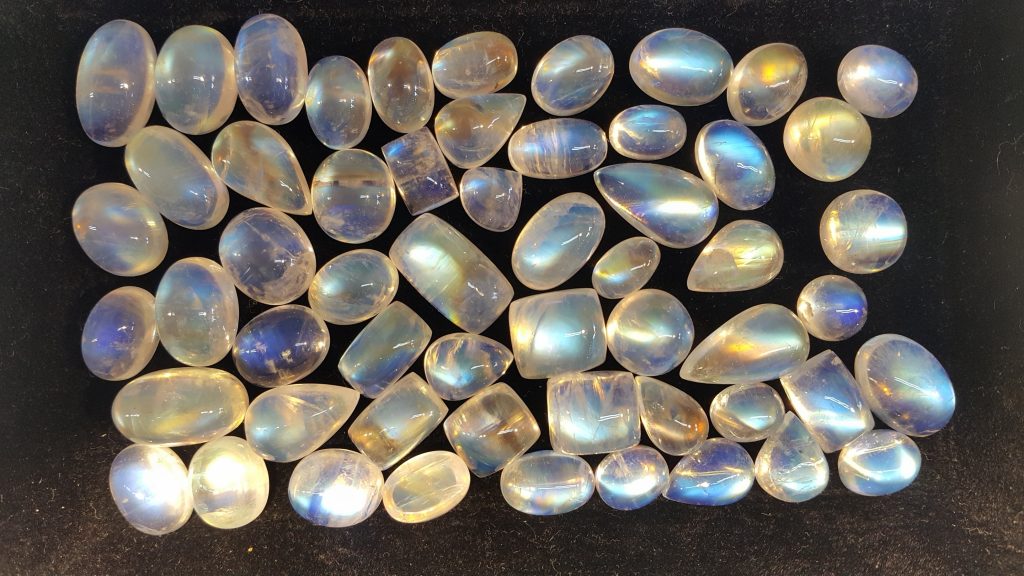 Hailing from the feldspar family and displaying color that appears like moonlight glowing across the water’s surface. Moonstone is known to bring inner harmony in the wearer. Moonstone is most effective on the sacral chakra. Considered one of the ideal “crystals for anxiety,” this gemstone is associated with a variety of healing powers such as: 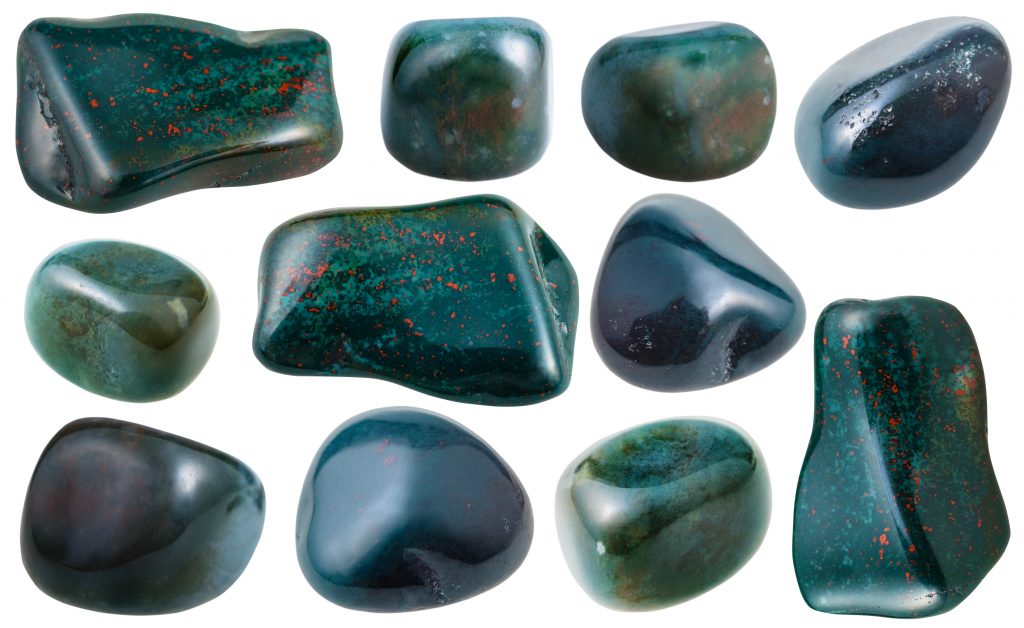 Also known as “heliotrope,” Ancient Greek and Egyptian civilizations considered bloodstone to be a powerful protective stone. It is thought to work best on the heart chakra. This gemstone is associated with healing powers such as: 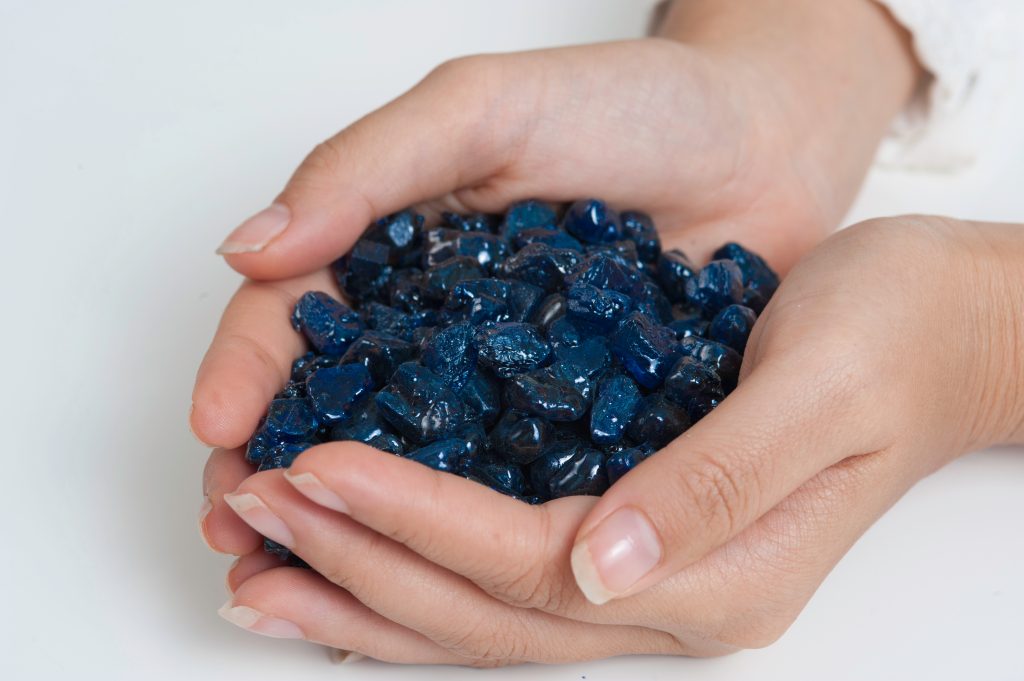 This colorful gemstone is known for its association with royalty and romance. Ancient Roman and Greek civilizations believed that blue sapphire protects the wearer from envy and harm. This sparkling gemstone is associated with healing powers such as: 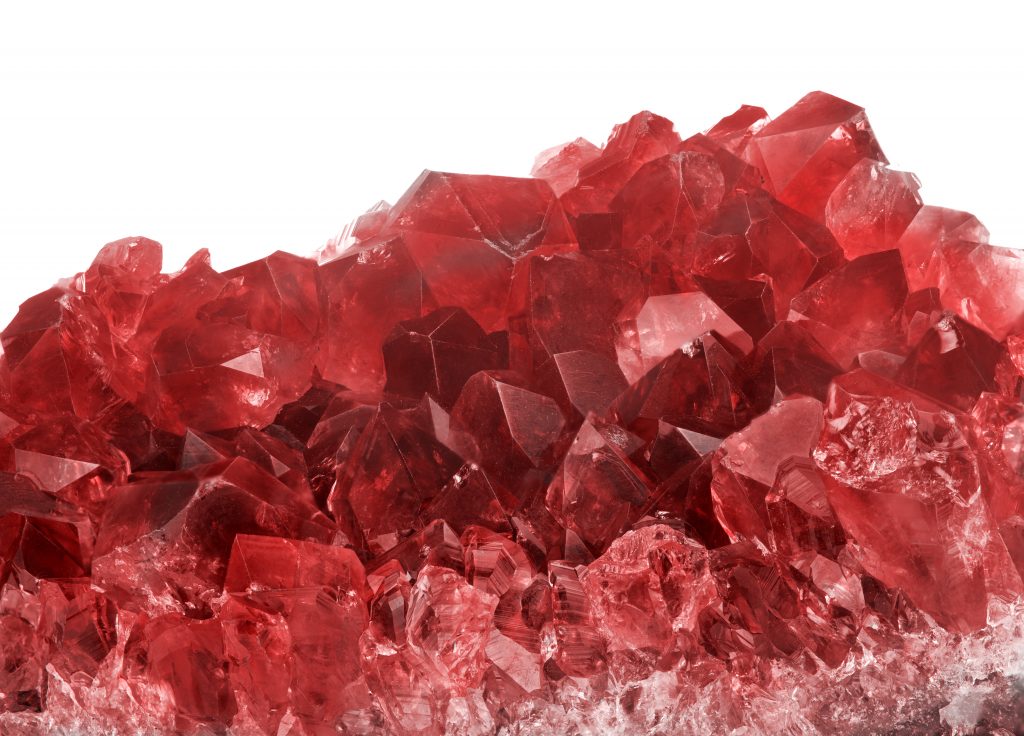 In ancient cultures, ruby was believed to hold the power of life due its similarity to the color of blood. One of the traditional precious gemstones, ruby has long been the most sought-after gem in most cultures. For many of us, this gemstone symbolizes health, wisdom, wealth and love. In terms of healing power, this stunning gemstone is said to:

Any type of therapy is a deeply personal experience. Hopefully, learning about the properties of these popular crystals has helped you develop a deeper appreciation for why some espouse their therapeutic effects. Or, maybe you’re already a believer!

Discover an entire world of loose gemstones through the collection offered by Shop LC.

What is Fissure Filling in Gemstones?