What is a Simulated vs Synthetic Gemstone?

Once relegated to cheap reproductions hawked by unscrupulous sellers, synthetic and simulated gemstones have since come into their own as viable alternatives to natural gems. In modern times these gems offer convenient and affordable options to pricier genuine gemstones. But what makes a gemstone a simulant or synthetic?

What is a synthetic gemstone? 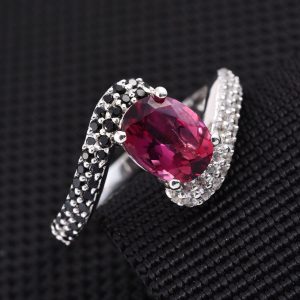 Bixbite is an example of a synthetic stone.

Simply put, a synthetic gemstone shares the same physical prosperities of stones that form naturally. The difference is that humanity aids these jewels in their formation. Guiding their growth through each step, synthetic gemstones frequently display superior overall quality.

Despite this, they lack the unique fingerprints that make natural gems so unique and rare, allowing each to coexist side-by-side. A synthetic gemstone is a great choice for anyone who desires to own a rare and unusual stone but doesn’t want to pay the associated higher cost.

Synthetic stones might be described as created, lab created, or manmade.

What synthetic stones are at Shop LC? 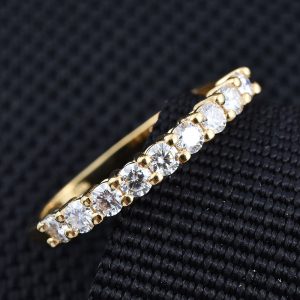 Moissanite is diamond alternative growing in popularity due to its visual properties.

There is a range of exciting synthetic gems you’ll find from Shop LC. By creating these stones under controlled conditions, you have the opportunity to own rare jewels rarely found occurring in nature!

What is a simulated gemstone? 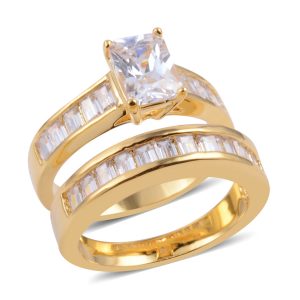 Cubic zirconia is the most popular diamond simulant available on the market today.

A simulated gemstone is any stone or material sold that resembles a genuine gemstone by one or more properties. Most importantly, simulants need to possess the right color of the stone they imitate. Secondary to this quality are other factors considered.

Simulants are typically used in place of rare, and therefore pricier, genuine gemstones. For anyone wanting a particular look without the concern for a gem’s unique origin, a simulated stone is a perfect solution. They’re affordable and ready to wear, and available in a variety of styles and designs.

What simulated stones can I find at Shop LC? 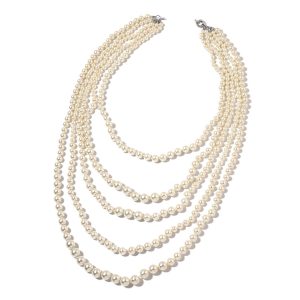 Glass pearls are an affordable way to imitate the look of pearl in extravagant jewelry like this drape necklace while saving on cost.

There is a range of gemstones that, at times, might be imitated. It’s always made clear when you’re shopping with Shop LC. There are two simulated stones that our customers love above all others. Cubic zirconia and glass pearl are the workhorse simulant gems of fashion jewelry.

What is an assembled gemstone? 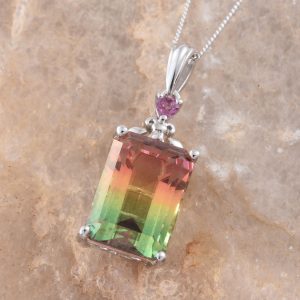 Triplet gemstones allow us to create unique stones such as Rainbow Genesis Quartz!

While some gemstones may be created under controlled conditions, there is a new method of gem creation that’s rising in popularity. Assembled gemstones are finished stones created from two or more pieces fixed together with a bonding agent, such as epoxy.

Assembled stones are popular as a way of protecting delicate genuine gems. Doublets are an excellent example of this. Opals, such as boulder opals, are frequently made as doublets. A clear protective material, like resin, is placed over a sliver of natural opal material. This provides the look of the stone, with the durability of the protective layer. Since boulder opals often occur as small strips of material, it’s also a creative way to bring stones to market that might not otherwise ever be available.

Triplets are very popular with Shop LC customers. A triplet combines three layers of material. The top and bottom layers are typically made of a clear material. Shop LC uses rock crystal quartz for this purpose. The middle layer is a coloring agent while cementing the top and bottom layers together. Triplets are affordable, abundant, and available in any color our designers can imagine. 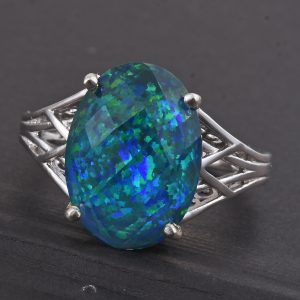 Shop LC triplet gems imitate some of the rarest and most exotic gems we know today, and some yet to be discovered!

What kind of synthetic, simulated, or assembled gemstones do you want to see next from Shop LC?

Why Baroque Pearl Jewelry is Here to Stay