Meet the Men Who Discovered Tanzanite

We’re celebrating one of the rarest and most valuable gemstones: Tanzanite. Discovered over a half-century ago in 1967, Tanzanite instantly won the hearts of gem lovers across the world.

Found only in Tanzania, this stunning gemstone is one of the most desirable jewels of modern times. Tanzanite is 1000 times rarer than diamonds. Because of its scarcity, Tanzanite jewelry is precious for both its rarity and beauty.

Tanzanite boasts rich folklore. However, its discovery still remains something of a mystery. Although there are numerous discovery tales, it is still debatable as to who really found Tanzanite first. Join us on a journey of revelation as we celebrate this beautiful blue gemstone. 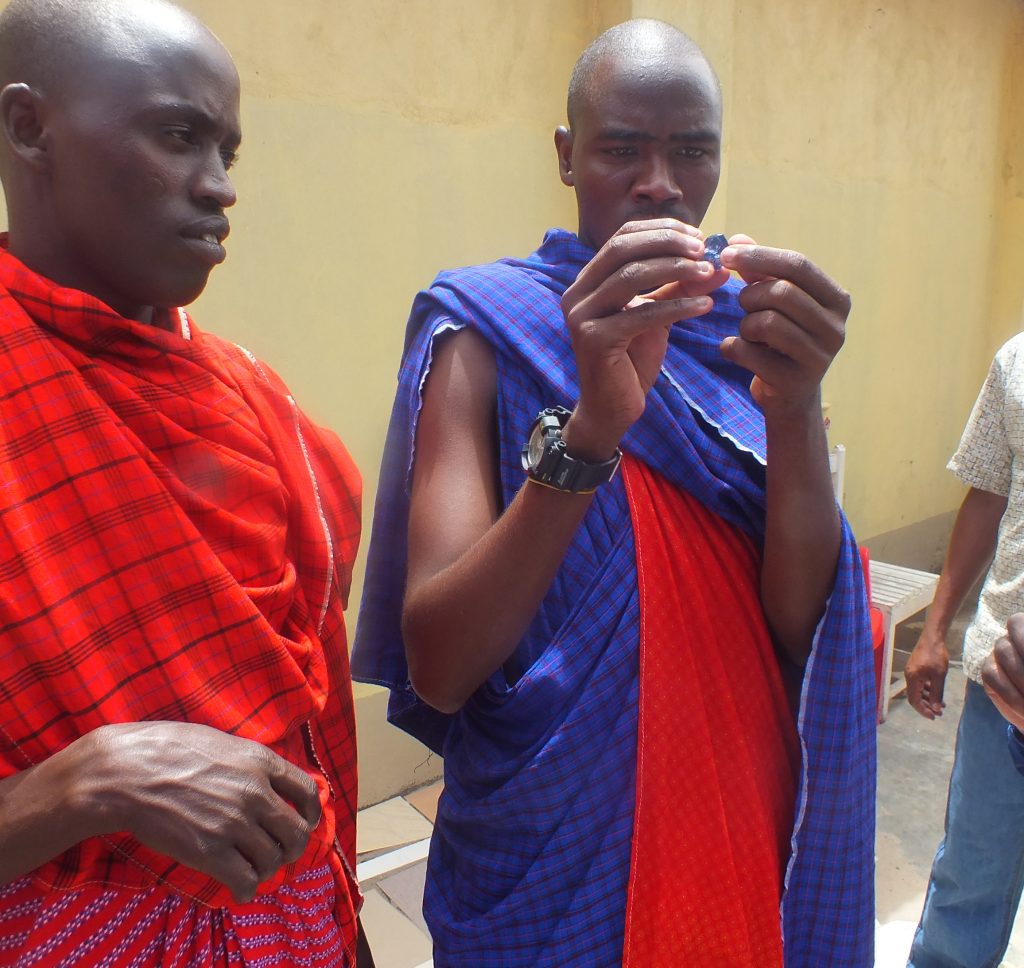 So, Who Discovered Tanzanite?

While the exact details remain a mystery, the Maasai community of Tanzania weave a bold and colorful story around this miraculous find. They believe in God’s creation of Tanzanite by using lightning strikes to set the foothills ablaze. As the fires burned and the Earth cooled, rocks deep inside the planet turned blue-violet. Initially, many thought these were sapphires. However, the truth would turn out to be something much more interesting.

Mr. Ndugu Jumanne Ngoma is the first to claim discovery of Tanzanite, going back to early 1967. While traveling near the city of Arusha, he sees blue crystals scattered on the ground. At first, they appear to be sapphires, but later he finds that the stones were a new type of zoisite. They were beautiful, transparent, and within hours, he collects many. The most beautiful are sent for further investigation. The Tanzanian government recognizes Ngoma, a Maasai herdsman, as the real finder of this blue-purple gem.

Habib Esmail also says he found Tanzanite. Unfortunately for him, insufficient evidence stops his story from ever being taken seriously.

Others say that Ali Juuyawatu found the stone in July 1967. Local stories tell us how he spots a piece of the blue crystal near Mount Kilimanjaro. Captivated by its hidden hue, he shares his find with Manuel D’Souza, a prospector who was already working in the region.

Believing it to be sapphire, D’Souza had no idea what he was found. He soon realizes the gem was too soft to be sapphire and decides to send samples for further analysis. Experts reveal that the crystal has a composition more complex than sapphire and color more alluring than anything seen before.

There was plenty of confusion around the gem. Some thought it might be a new type of peridot. Others thought it might instead be dumortierite. However, the jewel is something entirely new and unknown to the gem world.

D’Souza shows the stones to John Saul, a Nairobi-based geologist and gemstone wholesaler. Saul sends samples to his father, who takes the gems to the Gemological Institute of America. They find that the material is a new variety of zoisite!

Manuel D’Souza’s journey was tough. However, he finds that he is now famous across the globe. He lives on as the father of one of the most valuable and exquisite gemstones ever known.

Thanks to significant media coverage and strong expert support, D’Souza’s case is the one most widely accepted to this day.

Ready to learn more? Learn about Tanzanite in our Education Center.

Who do you think deserves credit for discovery? Tell us why in the comments below!

Next post How to Take Instagram-worthy Photos of Your Jewelry

10 Tanzanite Rings You Can Buy Before Pay Day