Destination Spotlight: The Goddesses of Bali

Who are the Bali Goddesses?

Since the earliest days of Ancient Bali, the people of this island country have been surrounded by hidden figures. The earliest Balinese practiced animism, meaning that spiritual meaning is ascribed to natural objects and places and that there are spirits associated with them. Over time, these traditions were absorbed and folded into newer practices as different religions and cultures were introduced to Bali. Even today, this legacy lives on in the practice of Balinese Hinduism, which understands that the many divine beings of its legends and folklore represent different facets of a single supreme being.

In Bali jewelry, an artisan might choose to represent a specific goddess that inspired their creation or honor the entire pantheon. What’s beautiful about these handmade pieces is that each is capable of projecting the goddess that speaks to you. Some of the most popular and notable goddesses are mentioned below.

Ratih, the Goddess of Love and the Moon 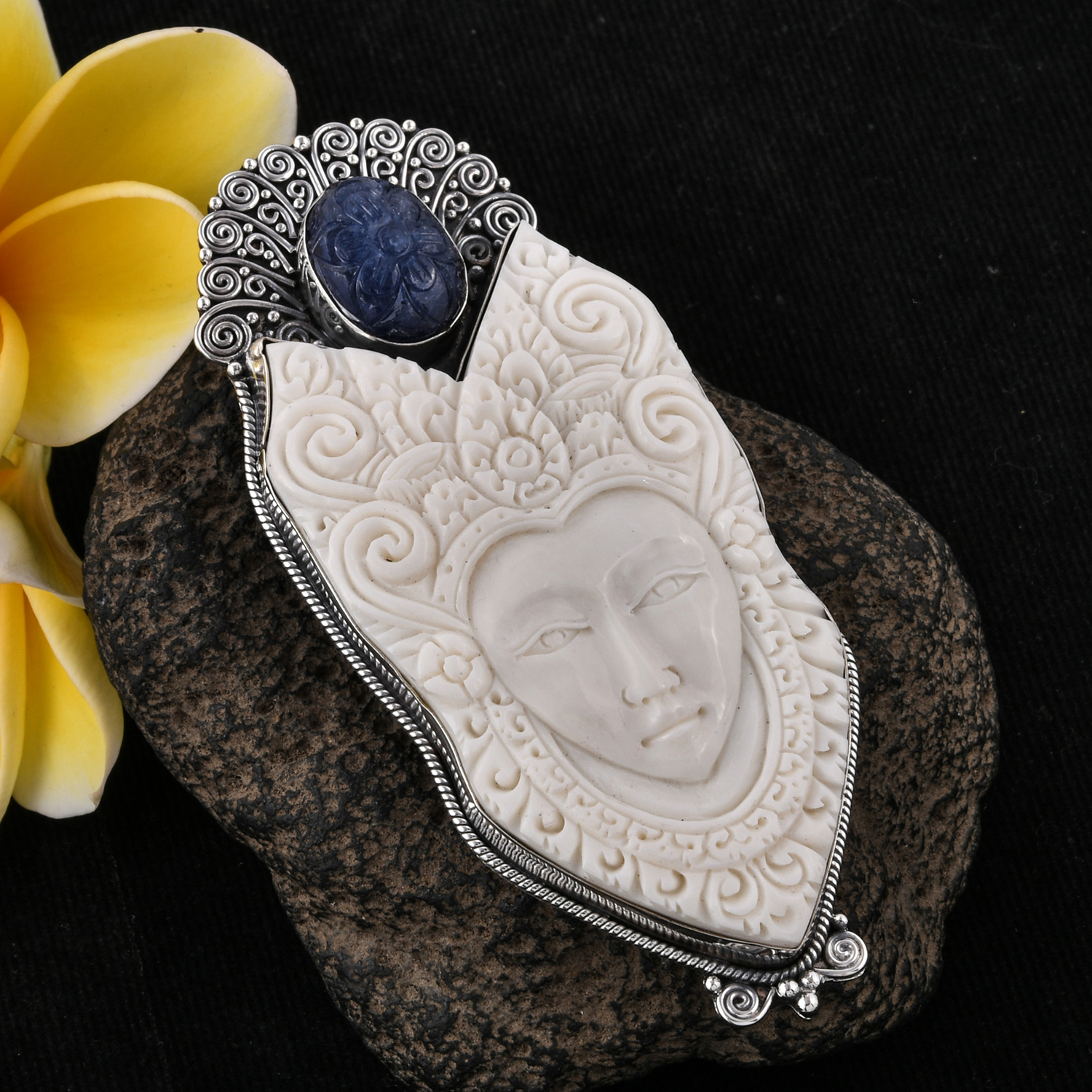 The moon and its cycles are especially significant to Balinese culture. The lunar calendar holds a great deal of influence over when certain rituals and observances can occur.

Some tales tell us of how Ratih is responsible for lunar eclipses. A popular telling explains how the goddess witnessed a demon known as Kala Rau stealing the Tirtha Amertha, or Elixir of Immortality. Raith shared her experience with Wisnu the Preserver, one of the primary gods of Balinese Hinduism. Wisnu then hurled a magic disc through the sky, severing the head of Kala Rau from its body. As the elixir had only been just swallowed, only the demon’s head was immortal! Angered by this act, Kala Rau pursues Ratih through the sky to this day. On the occasions when the head of Kala Rau swallows Ratih, a lunar eclipse occurs. As only the demon’s head remains, Ratih cannot be held for long, and the cycle begins anew.

Another tale cements Ratih as a Goddess of Love. It begins with the Goddess Parvati, who is missing her husband, Lord Shiva, the Creator. Lord Shiva was away on retreat, meditating in the mountains. Parvati sent Kamajaya, a God of Love, to instill that same longing in her husband so that he would return. Kamajaya did not delay in his task. Readying his bow, and using a well-crafted arrow tipped with a flower, Kamajaya shot the meditating Shiva. The bolt struck true, and The Creator instantly awoke, with a deep yearning for his wife. However, this feeling was short-lived, as Shiva saw Kamajaya sulking in the behind rocks where he was hiding. Angered that a lesser god would dare disturb him, Lord Shiva sent destructive fire from his third eye and incinerated Kamajaya. Ratih, who had been following her husband, immediately leaped into the flames after him out of profound love and loyalty.

Saraswati, the Goddess of Knowledge 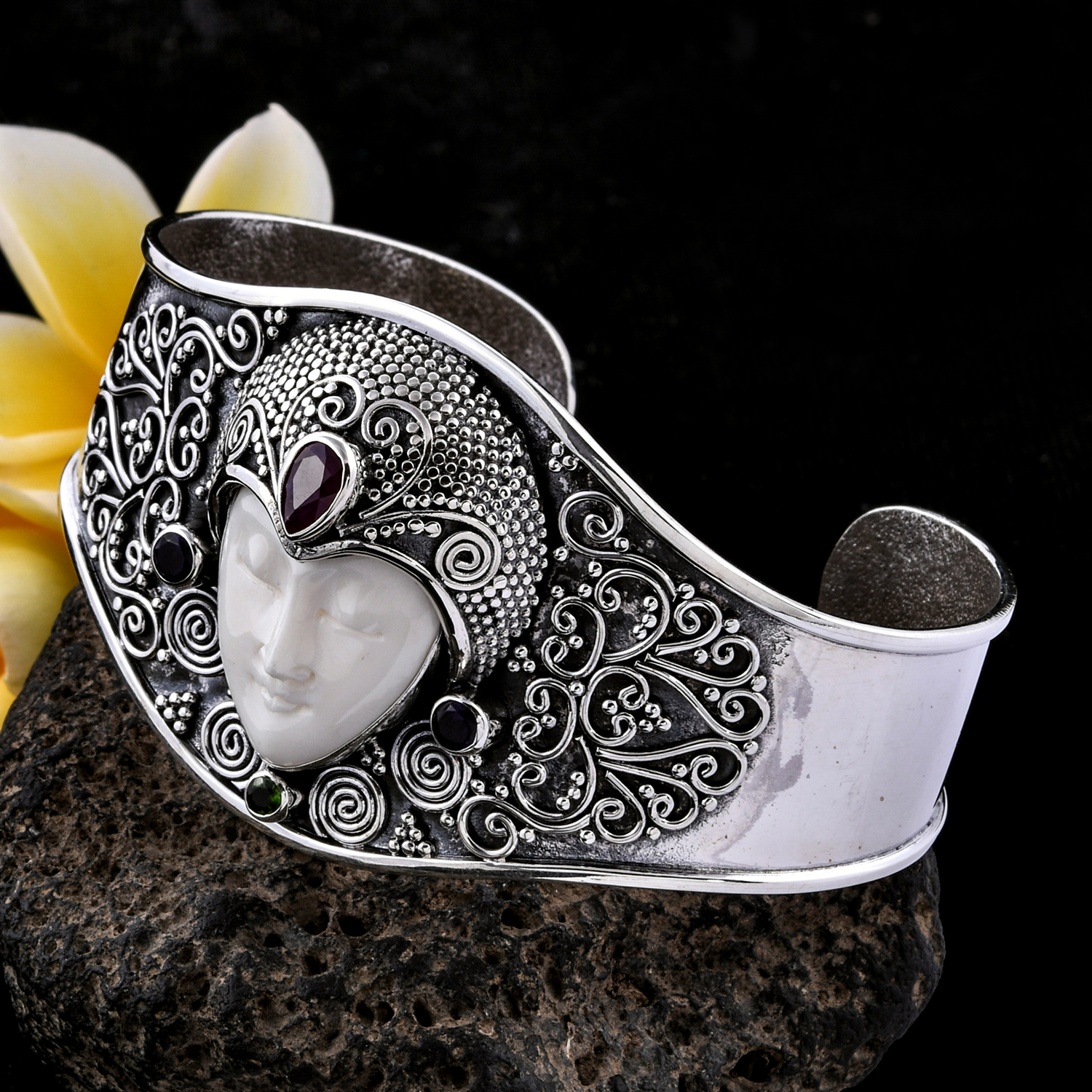 In modern Balinese Hinduism, Saraswati represents the understanding and pursuit of secular knowledge and science. It is common for students to pray for their blessings as they pursue their education. More ancient beliefs also connect her to spiritual awareness.

During her holiday, one may not read. This is to honor her gifts of language and knowledge, recorded in books and manuscripts.

Proponents of Saraswati’s wisdom tell us that one’s physical existence is a manifestation of a person’s beliefs and ideals. It is said that if you change these core tenants of your being, you will begin to have experiences that reflect your new understanding of life. 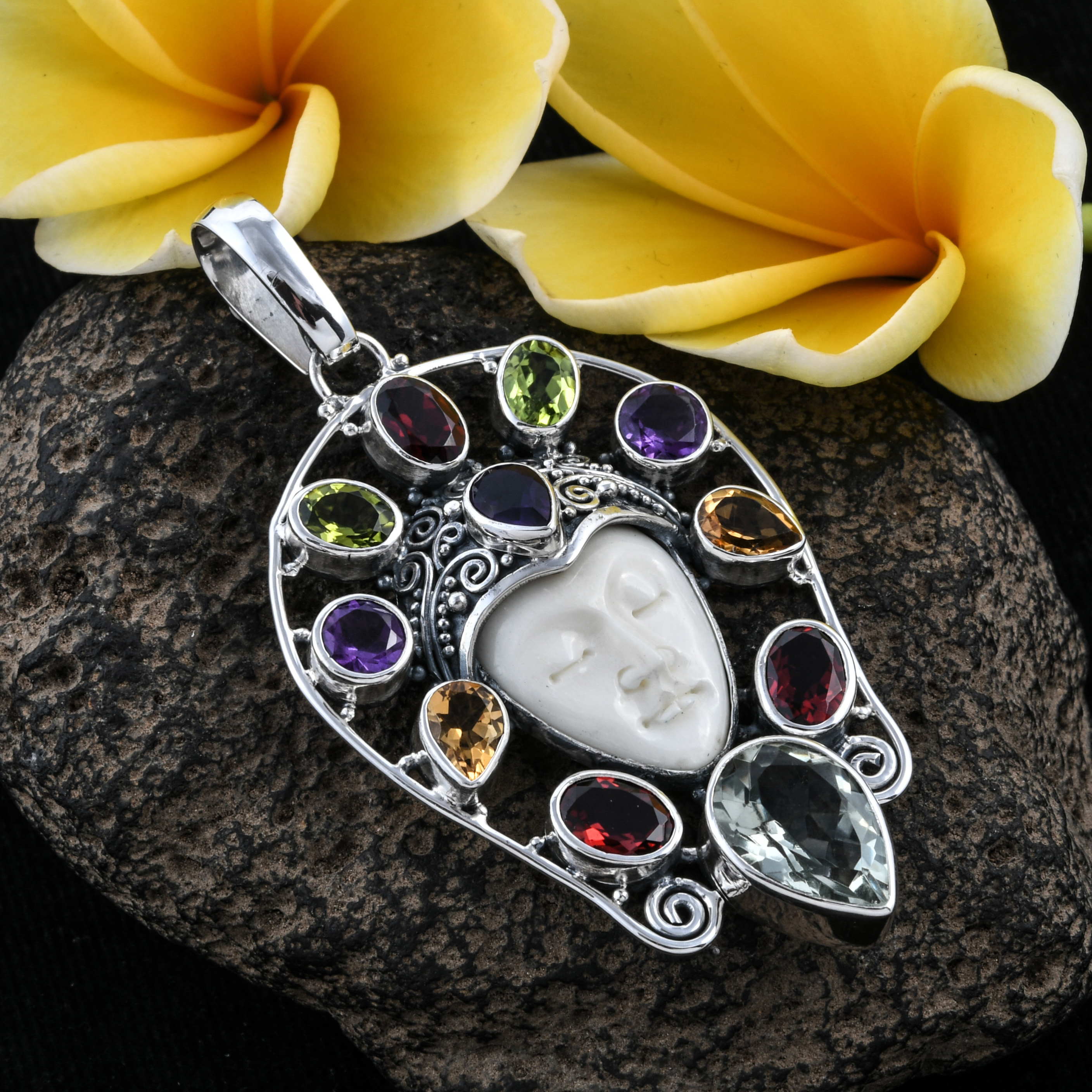 One of the most important Bali Goddesses, Shridevi, also known as Sri, is the Bali Goddess of Rice. As rice is the staple food for Indonesia, rice represents wealth, prosperity, and good health.

An ancient tale explains how rice came to Bali, through the sacrifice of Shridevi. Throughout the realms of the gods, Shridevi was renowned for her beauty, grace, and kindness. Inspiring desire among the gods, there was fear of conflict as they vied for her affection. Unfortunately, it was decided to poison Shridevi so that harmony could be maintained.

After she was poisoned, her body was buried. Onlookers were astounded, however, as a variety of plants sprung from her grave, each beneficial to humanity. It was due to her divine nature and chaste purity that this miracle occurred. Chief among these plants was rice, which grew from her navel. For this reason, the people of Bali, and all of Indonesia honor Shridevi or a similar figure as the Goddess of Rice and Fertility.

Bali jewelry is unique for its combinations of sterling silver with other metals and gemstones in a unique fashion. The patterns are intricate, and eye-catching and often incorporate other metals as well as gems. The dark background of the unpolished silver serves to frame the designs of the polished silver and highlight the jewels and other metals used.

There are both Balinese and Javanese traditions seen in what is known as Bali jewelry. Balinese silversmiths tend to use small spheres of silver arranged in intricate patterns on a silver background, called granulation, which provides a sharp contrast between the darker background of the natural silver and the highly polished spheres of silver. Javanese silversmiths use fine filigree work on smooth surfaces, creating a rich tapestry of texture in jewelry. Both are combined in modern Bali jewelry creations featured in the Bali Legacy Collection from Shop LC.

Which Bali Goddess speaks to you the most? Tell us in the comments below!

Next post Can You Really Build a City Out of Emerald?