What is Raksha Bandhan?

Raksha Bandhan is an ancient Indian festival that honors and celebrates the eternal love between brothers and sisters. Raksha Bandhan is the amalgamation of two words, ‘Raksha’ meaning protection and ‘Bandhan’ meaning an unbreakable bond.

On this special day, sisters tie a sacred thread, known as ‘Rakhi’ around their brother’s wrist as a token of love and affection. Dedicated to sibling love, the thread symbolizes protection, emotional connection, sentiments and affection for each other. Brothers express their love by giving presents to their sisters, which is also a part of the ritual. 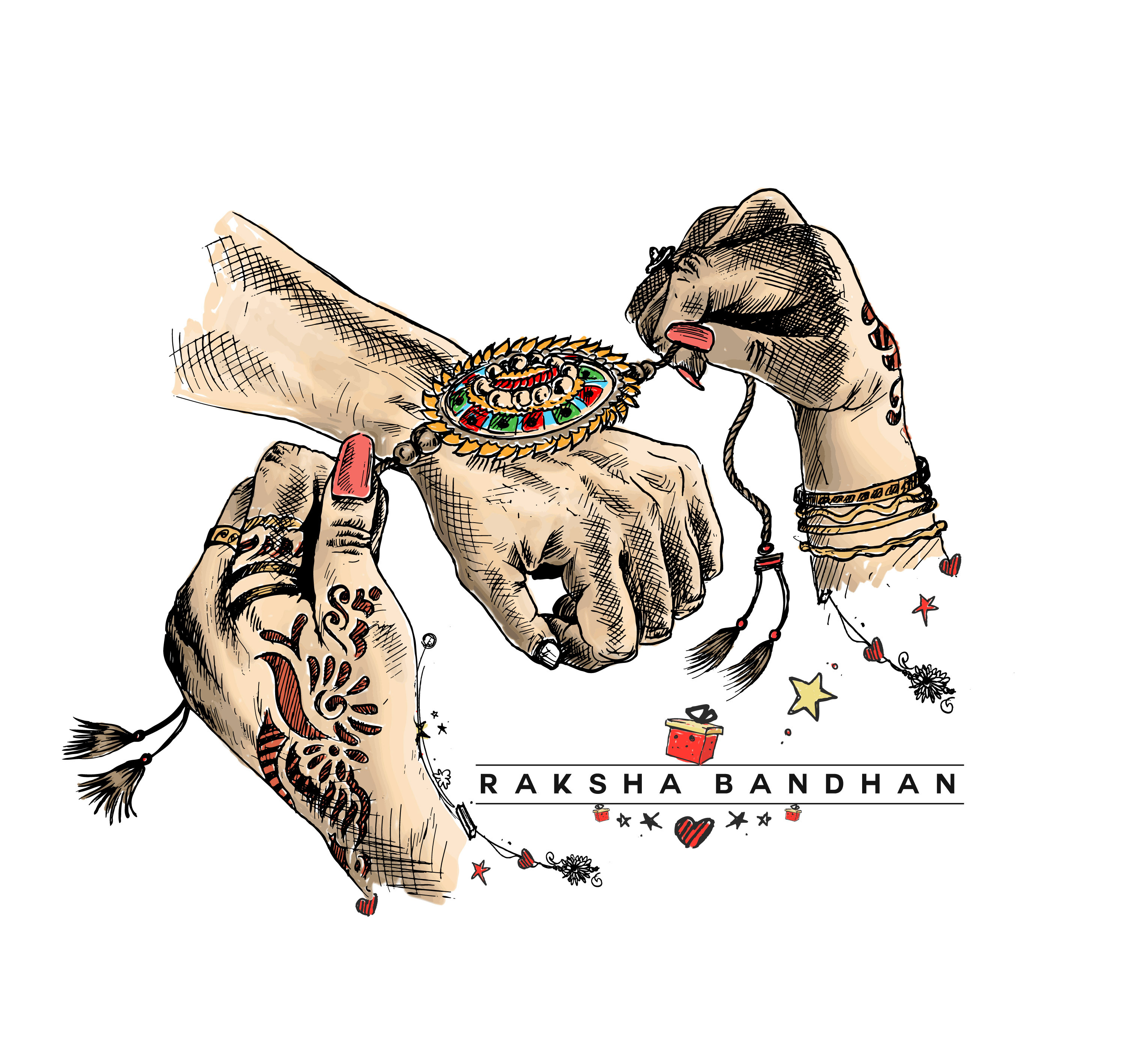 In Hindu mythology, there are several stories associated with Raksha Bandhan. The age-old festival has its roots in the Vedas and ancient literature that have multiple references to this occasion. Since the times of Gods and Goddess, Raksha Bandhan has existed.

It is also believed that in earlier times, when soldiers would go to battle, women from their family would tie a protection thread on their wrists for their safety and victory.

The Bond of Love

Since childhood, our brothers and sisters have been our first best friend, confidant and partner in crime. Do you remember sharing food, clothes and everything your mom gave you with your sibling? Wasn’t that a fun and something that you still miss? Though time passes, the memories stay with us for us to cherish throughout our lives. Raksha Bandhan is the day that recalls all those fond memories and gives us an opportunity to relive those moments.

Is Raksha Bandhan the Same as Siblings Day?

Although Raksha Bandhan does not have any formal association with Siblings Day, the essence and purpose of both is similar. The idea to dedicate a day to the love and relationship of siblings was initially created by Claudia Evart. She wanted to honor her siblings who died tragically at an early age. In 1997, the Siblings Day Foundation was formed to promote the idea behind the day. With efforts of the association and growing awareness among people, 49 states officially recognized Sibling Day in 1998. In the last two decades, the day has attained an international status and is celebrated in many parts of Australia and South Asia.

How Do You Celebrate Raksha Bandhan?

Raksha Bandhan is celebrated with the utmost joy and spirit all over the country. People organize get-togethers, family lunches and dinners, prepare amazing delicacies and sweets, and enjoy time with family. Sisters tie Rakhi on their brother’s wrist and get gifts in return. Many people exchange cards or presents and spend time with siblings to cherish their selfless love for each other.

Human emotions are the same around the globe, just the way of expression varies with culture and tradition.

Do you have a special tradition you share with your siblings? Tell us in the comments!

6 Reasons Why You Should Connect Outside This Fall